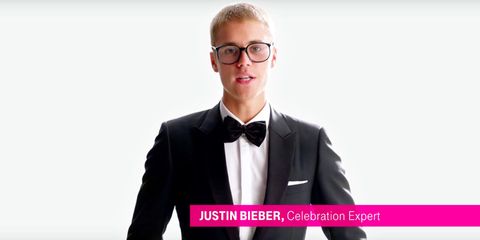 The best of the Super Bowl's commercials can live on in infamy way past the living memory of scores and wins from the teams themselves. Taking on a life of their own in memes and hot Twitter takes, they're water-cooler gold that are not to be missed. This year, the most viral commercial sensations of the Super Bowl took off before the event even started, from an epic journey through the wilderness to save nature with Melissa McCarthy to a sweet romantic gesture from Skittles.

Buick's Super Bowl commercial spells out what the phrase "put your money where your mouth is" means, when a wild bet somehow conjures up both Cam Newton and Miranda Kerr on one playing field.

Already the subject of controversy for its female empowerment message (at press time this video had almost 50,000 down-votes), Audi's super bowl commercial about gender inequality was received as disingenuous from some and as feminist propaganda from others. All we can say is, don't feed the trolls.

It's not the easiest being tasked with saving the Earth's natural resources, but with ghost busting already under her belt, Kia knew she was the right woman for the job. Here, watch her handle saving the earth one tree and whale at a time.

We're here for any ad where Justin Bieber's wearing nerd glasses and a full-on tux, but it also stars dancing children and cameos from Rob Gronkowski and Terrell Owens.

At press time, this video had already racked up more than 7 million views on YouTube. Could flinging Skittles at your crush's window become the new Say Anything radio moment? Time will only tell.

What happens when Wonder Woman actress Gal Gadot and film action hero Jason Statham get hangry? They kick a lot of waiter ass and truly take dining and dashing to a new level.

Instead of going the typical comedy route, Budweiser took cues from the larger political climate to run an ad about the importance of immigrants, imagining the hardships the original founder of Budweiser went through to make it as a brewmaker in America. (I'm not crying, *you're* crying.)

This commercial commits fully to its secret society premise to absolutely hilarious effect. The idea: There's a secret society in charge of all the secrets, including the "big secret" that avocados have good fat.

Honda's "Yearbook" ad features lots of famous faces—before they were famous. The ad is borderline creepy with its uncanny valley-esque animated yearbook photos, but it's definitely memorable.

Kayleigh Roberts Kayleigh Roberts is the weekend editor at Marie Claire, covering celebrity and entertainment news, from actual royals like Kate Middleton and Meghan Markle to Hollywood royalty, like Katie Holmes and Chrissy Teigen.
Advertisement - Continue Reading Below
More From Culture
These Will Be the Must-Watch TV Shows of 2020
Candice Marie Woods on Playing Diana Ross
Advertisement - Continue Reading Below
45 Iconic '90s Movies to Binge-Watch Right Now
You Can Get a ‘Golden Girls’ Birthday Party Kit
Meet the Star of 'The Bachelor's ChampagneGate
Hannah Ann Sluss From 'Bachelor' Was a Model
Who Is 'Bachelor' Peter's Mom Talking About?
Who Is Hannah Ann Sluss From 'The Bachelor'?
Who Is 'Bachelor' Contestant Victoria Fuller?
Who Is 'Bachelor' Contestant Madison Prewett?