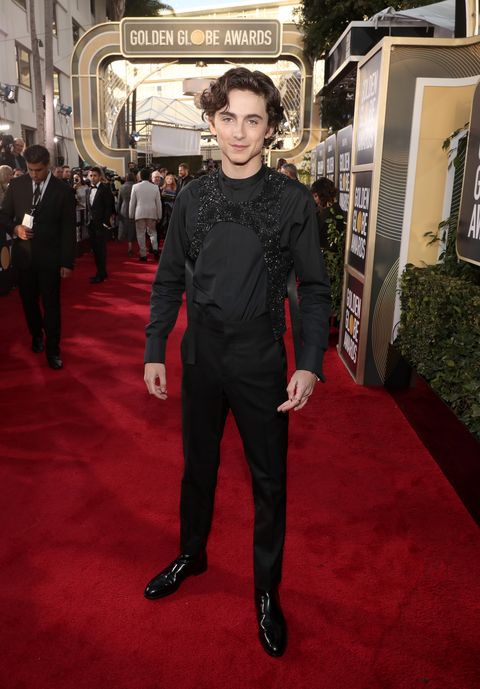 Timothée Chalamet is not afraid of bold fashion choices, whether he's wearing a bright floral suit at the London premiere of Beautiful Boy or he's dressed as a gas station attendant at the Independent Spirit Awards. So, in retrospect, we should have expected that his return to the awards show circuit at the 2019 Golden Globes would have him donning a serious lewk, but even as a scholar of the man I could not have anticipated what he actually wore. The Virgil Abloh–designed Louis Vuitton harness over a mock neck is distinct as hell.

My guess for why he chose this ensemble? That he's trying to multitask because he has somewhere to be immediately after the Golden Globes. So where is he going? Let's speculate.

I guess we'll find out when the tabloids tell us. Good luck tonight, Timmy! At the awards and wherever you happen to be moonlighting.