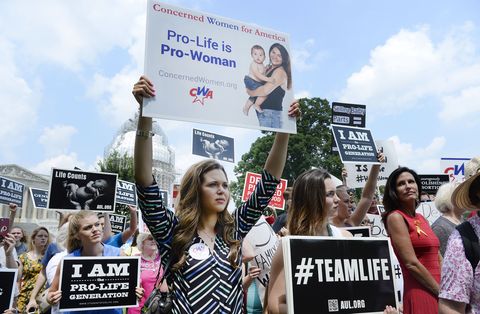 Texas put Planned Parenthood on notice Tuesday of plans to soon cut off Medicaid funds, a move that federal judges have blocked in other Republican-controlled states, which are now waiting to see if President-elect Donald Trump will strip the organization of taxpayer money.

Planned Parenthood responded by vowing to ask a court to stop Texas from defunding clinics in January. Arkansas, Mississippi, Louisiana and Kansas are among the states where judges have denied similar efforts.

Planned Parenthood says its clinics serve nearly 11,000 women in Texas each year through Medicaid. Republican Gov. Greg Abbott pledged to kick Planned Parenthood out of the state's Medicaid program more than a year ago, joining other socially conservative governors who took similar steps in 2015, when an anti-abortion group released secretly recorded videos that it claimed showed Planned Parenthood officials profiting from sales of fetal tissue for medical research.

Investigations by 13 states have been concluded without charges of wrongdoing, although a congressional panel is still investigating. Texas' final notice to Planned Parenthood comes at a time when the 100-year-old organization is simultaneously fighting to stop Congress from also cutting off taxpayer dollars.

"Texas is a cautionary tale for the rest of the nation. With this action, the state is doubling down on reckless policies that have been absolutely devastating for women," Planned Parenthood President Cecile Richards said.

Texas Health and Human Services Inspector General Stuart Bowen referenced the videos as "the basis for your termination" in his letter to Planned Parenthood. He accused Planned Parenthood of "misrepresentations," a charge that other states have also lobbed against the group.

Planned Parenthood strongly denied the allegations and no wrongdoing was proved, but the group announced in October that it will no longer accept reimbursement for the costs involved in providing fetal tissue to researchers.

Planned Parenthood is the nation's largest abortion provider but receives no public funding in Texas for those services.

The U.S. Supreme Court earlier this year struck down a sweeping anti-abortion law in Texas that would have left only 10 abortion clinics open in a state of 27 million people. Mere days after that ruling, Texas announced plans to require the burial or cremation of fetal remains, rules that a federal judge in Austin put on hold last week.

Trump sent mixed signals during his campaign about Planned Parenthood, saying it helped "millions of women" while also endorsing plans to defund it. One of Trump's first defining acts as president next year could come on long-sought efforts in the GOP-controlled Congress to scuttle taxpayer money for Planned Parenthood.