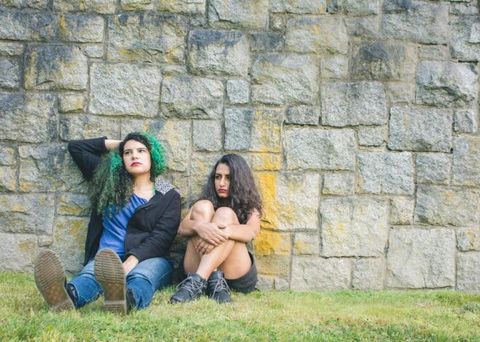 The South by Southwest music festival is underway in Texas, but not every band who was scheduled to perform has been able to make it to the show. According to Billboard, at least seven artists set to appear in the festival have been turned away at the U.S. border over visa issues.

To understand the issue, you need to first understand a little about the types of visas available for international visitors to the U.S., specifically the P-1 visa and the B-1 visa. P-1 visas are performance visas, and are what most artists who visit the United States on, say, a tour would get. The B-1 visitor visa is typically issued to tourists who aren't allowed to work while they're in the country.

Here's where things get tricky: Because some artists perform free showcases at festivals like SXSW (i.e. they don't actually perform paid work), many have, in the past, entered the States on a B-1 visa.

I just want to add, we have played SXSW BEFORE under B1 Visa issued from the American Embassy from Cairo after... https://t.co/gQDTfSwgTv

On Monday, however, U.S. Customs and Border Protection officials issued an advisory saying most artists would need a P-1 to perform in the United States—even at promotional events like SXSW.

One of the groups denied entry under the stricter visa provisions was Egyptian-Canadian post-hardcore band Massive Scar Era, who took to Facebook live to share their story.

"He said that he knows that I've done everything legally, and that I'm not lying, but he's still not going to let me in," Massive Scar Era vocalist and guitarist Cherine Amr told Billboard. "He said that people are using the festival to protest, but I told him we are not going there to protest. We have no intentions of doing anything illegal or engaging in any political activity. We're just going to promote ourselves, meet labels and bookers, and network."

In addition to the three members of Massive Scar Era, four other artists were blocked from entering the U.S. for SXSW—three members of the Italian group Soviet Soviet, and London-based drummer Yussef Kamaal.