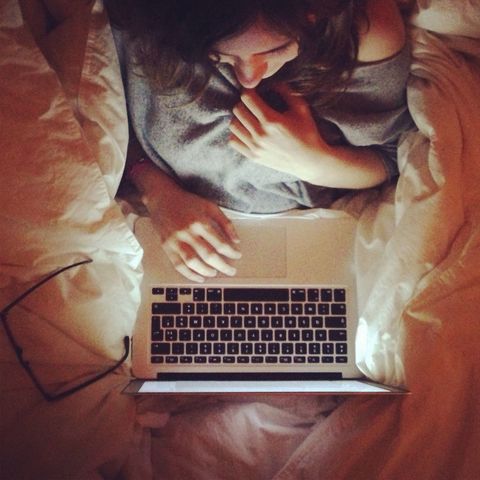 We're also apparently into watching gay sex, as 37 percent of people watching guy-on-guy action were women. Plus, we're spending over a minute longer on the site than dudes. Kind of a no-brainer there: It takes longer for most of us to orgasm, right?

This all makes us incredibly happy. Women are subverting the stereotype that they're not that into sex, and only do it to keep dudes happy. They're taking their sexual pleasure into their own hands by typing weird stuff into search bars, and that is just the coolest.