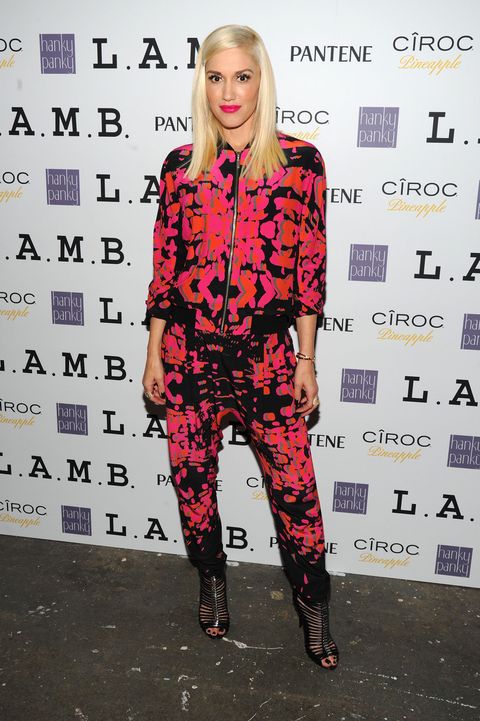 Gwen Stefani has partnered with Urban Decay for a pretty spectacular new initiative that's going to empower women across the globe. Called the Ultriaviolet Edge, the new partnership will feature one product—a new limited-edition Eyeshadow Primer Potion called Enigma—that will fund the campaign to "support a variety of organizations that are doing incredible things to empower women."

Yes, 100% of the proceeds of the $20 purchase will be donated to Ultraviolet Edge, which has already promised three million to a variety of women's empowerment causes. The first organization it'll be helping is the Women's Global Empowerment Fund, a foundation that provides micro loans, literacy programs, and business training to women in Uganda.

Stefani will be bringing awareness to the cause and the product, which is pretty sweet—given that 1) it's not a celebrity "launch" in the usual meaning of the word and 2) all the proceeds are going to the movement.

As Urban Decay founder Wende Zomnir told Refinery29, the partnership "makes it really clear to people that she's doing it to bring awareness, and it's not about overtaking the brand or just signing someone up to sign on the dotted line and be a face. It's really about involvement and doing something good in the world."

Zomnir says that the purchase of three primers will equal the amount to fund a micro loan—an act that could change a woman's life.

"I love the idea that these are micro loans that empower women," Zomnir said. "It's not really about charity—it's about empowerment, and we felt like that was a great fit with our mission."

The Pros and Cons of Every Kind of Eyeliner

Samantha Leal Senior Web Editor I'm Sam, the senior editor at MarieClaire.com.
Advertisement - Continue Reading Below
More From Beauty
The 3 Lipsticks I Have In Rotation Right Now
Why Using a Product With Peptides Is Worth It
Created for From Marie Claire for Created by Marie Claire for
StriVectin Peptight
Advertisement - Continue Reading Below
Line Edit: Eyeliner Trends That Are High Drama
Black-Owned Beauty Brands You Need to Know
The Body Lotion Your Dry Skin Has Been Craving
Know the Signs That Your Makeup Has Expired
Kendall Jenner Has Rapunzel Hair On 'Garage' Cover
WORTH IT: Royal Fern Skin Perfecting Essence
Blonde vs. Brunette: Celebs Who Made the Switch
My Top 3 Favorite Lipsticks Right Now