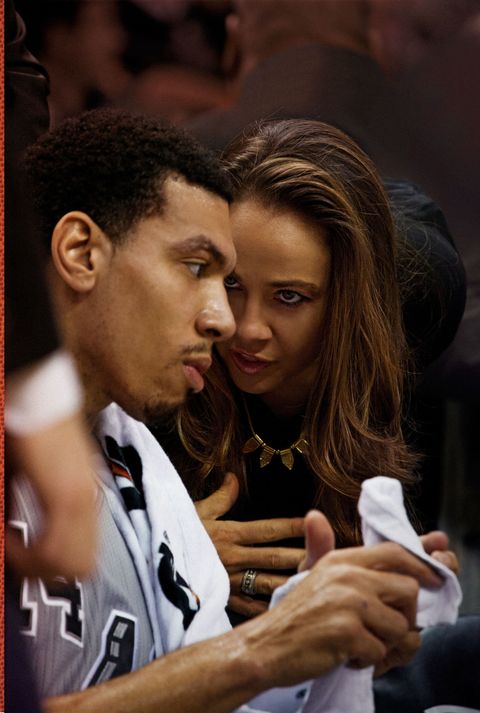 Eight years ago, Becky Hammon, then a star point guard for the WNBA team the San Antonio Stars, was at a crossroads. She'd made the All-Star team four times during her tenure in the WNBA, but she was fast losing sight of her dream to play in the 2008 Beijing Olympics. Despite her successes—before joining the WNBA, she broke Colorado State's records for scoring, steals, and assists, earning the title of All-American three times—she had been largely overlooked by the U.S. Olympic team.

Undaunted and determined to play, Hammon still wound up on the Beijing court—but wearing a Russian jersey. While many female basketball players join overseas teams during the off-season to earn extra money, Hammon chose to apply for Russian citizenship and formally become a dual citizen. It stirred up plenty of flack back home, and also earned her a bronze medal (the U.S. won the gold). The Russian decision "laid a foundation for me to step out and be bold and do what I know is right to do," Hammon says. "Even if you take some crap."

Today, 37-year-old Hammon has made it to the top of an even steeper hill. As an assistant coach for the defending NBA champions, the San Antonio Spurs, she's not only the first full-time female coach in the league, but also the first in all four major American professional sports (including baseball, football, and hockey).

A basketball-obsessed kid in South Dakota with bedroom walls plastered in Michael Jordan posters, Hammon once asked her dad if she'd ever be able to go pro. "He said, 'Sorry to shatter your dreams, but no,'" she recalls (the WNBA formed when Hammon was 19). "But he never said anything about coaching." Now, as one of six Spurs assistant coaches, she's involved in team operations from front to back: scouting opposing teams, giving the players feedback during practices, and strategizing plays. That analytical mind is what she's known for. At 5'6", Hammon compensated for her height disadvantage while playing by developing a keen understanding of the game. "I was always smaller and slower than everybody else, so I had to figure out other ways to be successful," she says. "Some people can survive on their athleticism; I had to survive on my brain."

In 2012, on the flight home from the London Olympics, where she again played for Russia (although no medal this time), she switched seats to be next to San Antonio Spurs head coach Gregg Popovich. The two felt an instant compatibility, talking during the entire trip about "pretty much everything but basketball," she recalls. So when Hammon suffered a knee injury the following year, she used her downtime to shadow the Spurs staff as a coaching intern, which laid the groundwork for her to join the team full-time.

After years of fighting her way into unlikely positions, Hammon is quick to brush off the idea that women have different coaching sensibilities, or that her gender is an issue. Despite the physical differences between the sexes, "skill-wise, there are some women who can compete with the guys: shooting, dribbling, passing, and the IQ stuff," she says. And on the court and in the locker room with the Spurs, she adds, "You're getting to know these guys as people, and as players. You have to develop a rapport. They give me a lot of respect." Still, the gravity of her position is starting to sink in. "It's 2015, and I'm the first female coach in any of the major sports," she says, laughing. "That's ridiculous!"