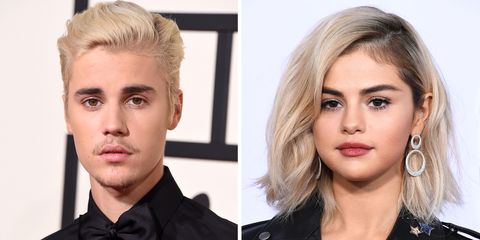 Grab the tissues, Jelena fans—Justin Bieber and Selena Gomez might have been just taking a break, but apparently, like so many relationship breaks, that break might be for good.

According to a new report in E!, as revealed by a source, "Selena realized even though he's made some positive improvements, they just aren't a perfect match right now." Insert sad face emoji here.

As Bieber has been seen hanging out with Baskin Champion, and Gomez took a trip to Australia without the "Sorry" singer, it certainly seems like the pair aren't reconciling right now.

However, People is reporting that Bieber "isn't dating" Champion, and that "he thinks and talks about Selena all the time. The chapter with her is definitely not finished." So there is, apparently, still hope for Jelena.

Previously, reports claimed that Bieber was hoping to reconcile with Gomez sooner rather than later. And it definitely seems as though he's dealing with it the hardest. A source told E!, "Justin has been upset about the recent break from Selena and is trying to keep busy until they work things out."

And as for his dalliance with model Champion, E! reports, "Justin was introduced to Baskin through his friend group and they have only hung out a few times. He has definitely been liking her company, but to say they are dating is a huge stretch. Justin isn't trying to be serious with anyone but Selena."

Only time will tell if Gomez and Bieber are meant to be, or if Jelena is over for good.

Related Story
Selena Gomez and Justin Bieber Are Taking a Break
Amy Mackelden Amy Mackelden is a freelance writer, editor, and disability activist.
This content is created and maintained by a third party, and imported onto this page to help users provide their email addresses. You may be able to find more information about this and similar content at piano.io
Advertisement - Continue Reading Below
More From Celebrity
Lady Gaga Wears Athleisure and Platform Shoes
Meghan Markle Possibly Shared a Photo of Lilibet
Advertisement - Continue Reading Below
The Kardashians' Most Body-Confident Nude Shoots
What Happens on Katie's Season?
Britney Spears Says She Was Locked in a Bathroom
Kate and William Holiday In Cornwall
Blake Lively Wears a Pink Sequin Dress
Meghan Markle Hangs Out With Melissa McCarthy
Simone's Boyfriend Sent Her the Sweetest Message
Rebel Wilson Recreated This Britney Spears Look