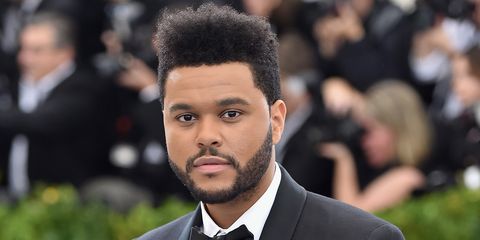 Coachella has a bit of reputation for sparking romance among its celebrity attendees. The Weeknd, who also performed at the annual Indio, California music festival, was linked to not one, but two women during the first weekend of Coachella.

First, there were reports that The Weeknd, whose real name is Abel Tesfaye, had reconnected (read: publicly kissed and cuddled) with his ex-girlfriend, Bella Hadid, during Poppy nightclub’s pop-up for Kylie Cosmetics’ Kourt x Kylie makeup line on Friday night.

"The Weeknd and Bella were sitting on each other’s laps and all over each other all night long," a source told People. "They definitely looked like they were fully back together."

Next came reports that he was "casually dating" Justin Bieber's ex, Chantel Jeffries, whom he was also spotted spending time with at Coachella.

"Chantel and The Weeknd are definitely dating,” a source told Us Weekly. "It’s new and nothing crazy serious."

So, which report was correct? Is Abel dating Bella again? Is he casually seeing another Bieber ex? Are both fling rumors true? According to TMZ, the singer is actually "totally single."

Per TMZ's source, Abel is "simply enjoying the single life ... and isn't serious with anyone." The TMZ insider even went so far as to directly quash the the Bella rumors entirely, explaining that the exes did run into each other at Coachella, but that all they did was exchange polite hellos—and nothing more. Bella Hadid similarly shut down talk of a reconnection, so it seems likely that these rumors are just that.