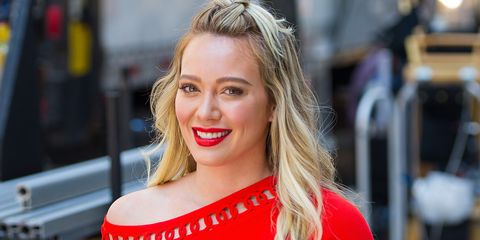 Get excited, because Younger will be back in less than a week—and season five of the hit TV Land series promises to be filled with plenty of new love interests, and lots romantic scenes for all the ladies.

Previews show Liza, played by Sutton Foster, with more than one new guy (none of whom seem to be Charles). But she's not the only one keeping secrets. Hilary Duff's character, Kelsey, is toying around with a few new guys of her own, including Zane, played by Charles Michael Davis. “You’ve been gaslighting an entire company since I first met you,” she tells Liza in the trailer for the new season. “Can I have one secret?”

MarieClaire.com got an exclusive video, directed by Ellen Von Unwerth, of Kelsey goofing around with Zane in a candy shop, and let's just say, it's pretty freakin' steamy. Watch, below, as she teases him with spoonfuls of ice cream, wraps a candy necklace around them to bring them closer together, and as they playfully share a piece of popcorn.

I\f this sexy, candy shop scene is any indication of what we can expect in the new season, this summer is going to be a hot one. You can bet we'll be setting our TVs to record Younger when season premieres returns on June 5. 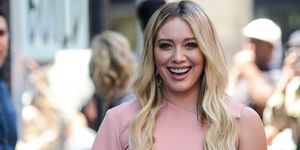 Hilary Duff Shut Down Body Shamers on Instagram
Alex Warner
This content is created and maintained by a third party, and imported onto this page to help users provide their email addresses. You may be able to find more information about this and similar content at piano.io
Advertisement - Continue Reading Below
More From Celebrity
Simone's Boyfriend Sent Her the Sweetest Message
What Happens on Katie's Season?
Advertisement - Continue Reading Below
Rebel Wilson Recreated This Britney Spears Look
Jennifer Lopez Flew Back From European Getaway
Jennifer Lopez Wears Old Bracelet From Ben Affleck
Simone Biles Cheers on MyKayla Skinner
See the Royals Socialize at a 1991 Cocktail Party
Eugenie Posts Pics from Harry & Meghan's Home
Queen Trolled Tourists Who Didn't Recognize Her
Blake and Ryan Recreated Their First Date on IG