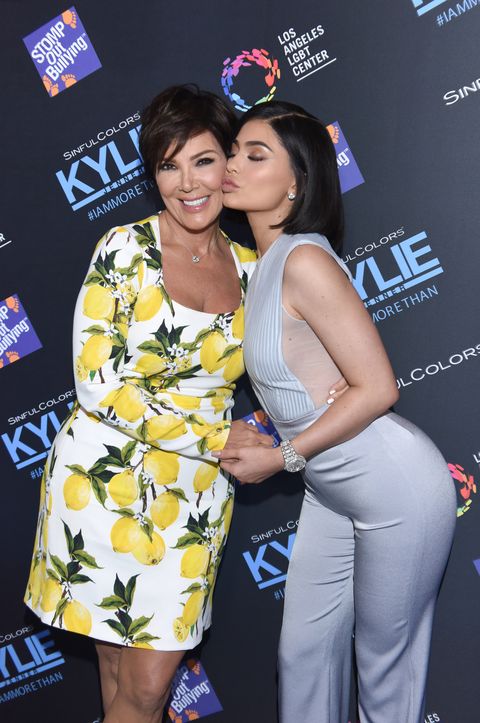 If there's one thing Kris Jenner is good at, it's wearing multiple hats. She's a mom. She's a manager. She's a breaker of Chrissy Teigen's tables. And she's apparently a midwife now, which, like, sure. Why not?

In a preview for Sunday night's new episode of Keeping Up With the Kardashians, Kris dishes about Kylie Jenner's super secret (but also not secret at all, in a weird way) pregnancy/birth to Kim and Kourtney.

As we all know by now, Kylie gave birth to her daughter, Stormi Webster, on February 1 after refusing to confirm her pregnancy for a solid six months.

“How did she do for her labor?” Kourtney asks, getting the ~spontaneous~ conversation going.

"She did really, really well," Kris said. "She just kept saying: 'I just don’t feel any pain.' You’d see these contractions like crazy and she would go: 'I just am not feeling it.' I’m like, 'This is really weird!'"

If you think Kylie being "such a trooper" is going to be the highlight of Kris' birthing story oh boy are you wrong. Next, Kris dropped a bomb about the birth: She personally delivered baby Stormi. As in Kris Jenner pulled a baby out of Kylie Jenner's body and now we can all see that baby on Instagram every single day.

"She really was. She was so calm. It was really exciting," Kris said before casually dropping in, "I delivered the baby! I delivered her. I pulled her out."

The Kardashians are fans of personally pulling their offspring out into the world, of course. Back in 2009, Kourtney famously pulled Mason Disick out of her own body in footage that was aired on KUWTK.