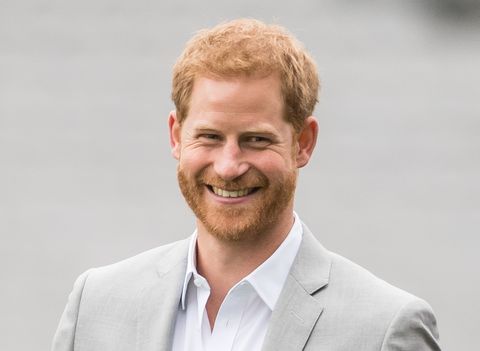 The British royal family owns, among other things, a lot of amazing homes. When most of the places you stay have the words "Palace" or "Castle" in their names, you know you're doing okay in life. 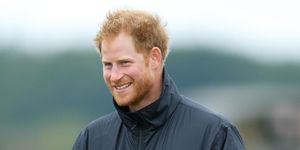 Not all of the royal getaways get equal royal love though. In a clip from the new documentary, Queen of the World (aka the gift that just keeps on giving for royal fans), Prince Harry revealed the royal residence he's spent the least time at, and honestly, it's more than a little surprising.

Speaking to a group of young professionals from the Caribbean who were staying at Buckingham Palace to train with the Queen's household staff, Harry revealed that he rarely stays at his grandma's famous home.

"Well, you guys have spent way more time in Buckingham Palace than I ever have and you've only been here for two weeks, I can assure you," Harry casually revealed according to Hello.

So where is Harry spending all of his time if he's not at Buckingham Palace like, ever? Well, when they're in London, he and Meghan live in Nottingham Cottage on the grounds of Kensington Palace, putting them on the same property as Harry's older brother, Prince William, and his family (Meghan has famously taken advantage of that proximity to win over her new niece and nephew with tasty treats).

If the newlyweds want to get out of the city, they can retreat to York Cottage in Sandringham, which the Queen gifted them for their wedding. The Sandringham Estate is a favorite of Queen Elizabeth's and the place the royals gather for many of their holiday celebrations, meaning there isn't actually a reason for Harry to visit Buckingham Palace all that much.

This content is imported from {embed-name}. You may be able to find the same content in another format, or you may be able to find more information, at their web site.
Kayleigh Roberts Contributor Kayleigh Roberts is the weekend editor at Marie Claire, covering celebrity and entertainment news, from actual royals like Kate Middleton and Meghan Markle to Hollywood royalty, like Katie Holmes and Chrissy Teigen.
This content is created and maintained by a third party, and imported onto this page to help users provide their email addresses. You may be able to find more information about this and similar content at piano.io
Advertisement - Continue Reading Below
More From The Ultimate Guide to the Royal Family
The Queen Has a Collection of Dog Toys for Sale
Meghan Revealed the Nod to Diana in 'The Bench'
Advertisement - Continue Reading Below
Will Spent Father's Day with George and Charlotte
Charles Won't Allow Archie to Become a Prince
Prince Charles Cant Deal with Harry's Criticisms
Meghan and Diana Had Similar Issues with the Queen
The Queen Insisted on Cutting a Cake with a Sword
Harry Texted Kate, Not Will, When Lili Was Born
Kate's Kids Want Her to Stop Taking Their Pictures
Kate Wore a Pearl Bracelet That Used to Be Diana's