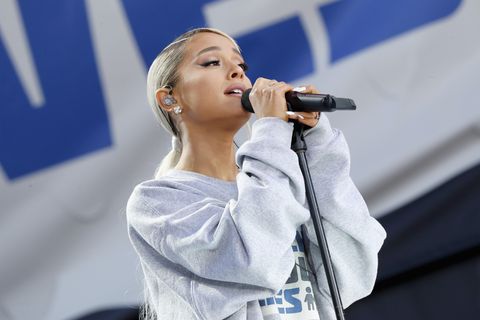 Tonight, Saturday Night Live will return to kick off its 44th season. Ariana Grande, pop superstar and fiancée of SNL castmember Pete Davidson, was originally scheduled to appear as the musical guest for the premiere, but has since been replaced by Kanye West. 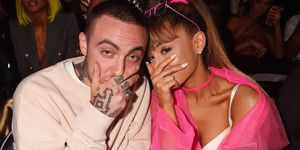 So, what gives? Grande dropped out of the appearance, SNL creator and producer Lorne Michaels explained during on the “Origins With James Andrew Miller”Opens a New Window. podcast. During the interview, which was released on Thursday, just a few days ahead of the premiere, Michaels broke down what happened behind-the-scenes, and it really makes total sense for everyone involved.

Grande on SNL in 2016.
NBCGetty Images

"We had Ariana drop out for emotional reasons two days ago," he said, according to Us Weekly. "That’s our premiere, and then Kanye [West] stepped up, and he’ll be there. So, the reach of the show and the number of people who will step forward is now somehow now, I think, probably at its peak."

According to Us Weekly, however, a source close to the situation claims that Grande was only in talks to perform at some point during the upcoming SNL season and she "was never booked to perform during this weekend’s premiere" specifically.

The news that Grande won't be performing during the SNL premiere comes on the heals of a tough month for the singer and a series of tweets that suggest she is having a difficult time as she grieves for her ex-boyfriend and longtime friend, Mac Miller, who died of an apparent overdose earlier this month.

can i pls have one okay day. just one. pls.