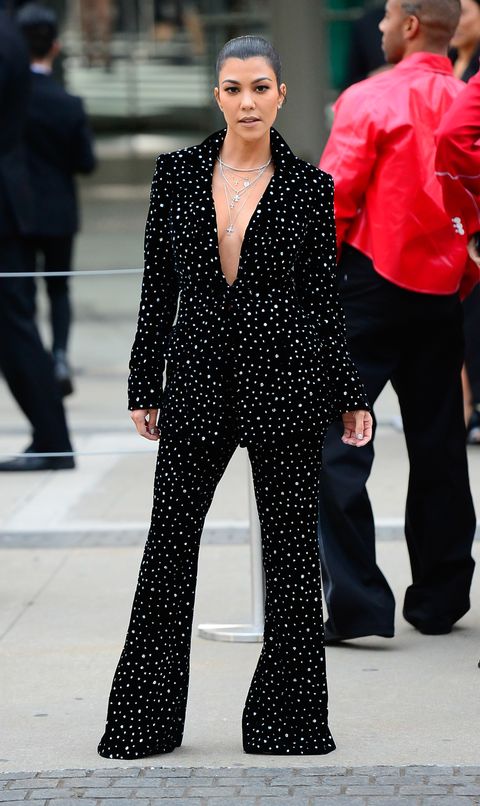 If you think being a reality star doesn't count as a full-time job, then you would be wise to keep it to your damn self or Kourtney Kardashian might just personally and publicly shut. You. Down.

That's what the Keeping Up With the Kardashians star did this weekend, anyway, when a fan left a comment on Instagram suggesting that she doesn't work and therefore doesn't need time for herself.

Here's how it all went down. On Saturday, Kourt posted a gallery of shots on Instagram (taken by her sister, Kendall Jenner), that showed her hanging out in and around a pool and generally having a relaxing day. Kourtney captioned the series of shots, "Sometimes you need a day away. "

All good, right? A very normal, standard kind of Instagram post, whether you're famous or not, TBH. But then someone decided to slide into Kourtney's comments with, "But sis you never work lmao."

sometimes you need a day away, pics by kenny

At this point, Kourtney laid it all out for the commenter.

"Let me respond to you with all the time I have...oh wait, my attorney's on the other line to discuss 6 business deals, I have a camera in my face filming season SIXTEEN of KeepingUpWithTheKardashians (you may have heard of it) and I'm raising my 3 amazing children...God bless you and your worry about me. 😊✨," she wrote, and then presumably took a mic out of her purse and dropped it.

The exchange was captured by the ever-fabulous Comments by Celebs on Instagram.

Kourtney followed up her epic takedown with a shot of her and Kendall laughing poolside, probably at the Insta-hater.