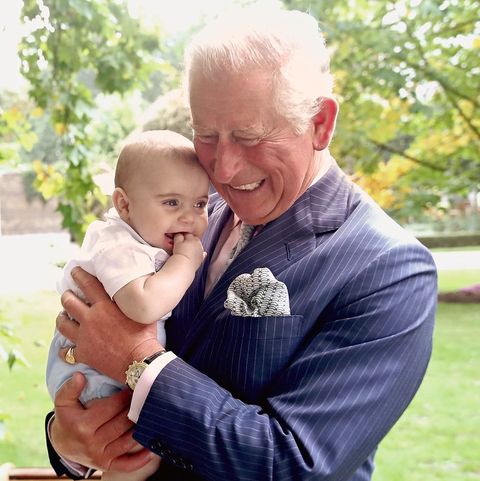 Surprise! Prince Louis is already a fashion icon. Everything he wears turns to fashion gold and sells out in stores. He’s the most in-demand royal, and every picture of him becomes a viral sensation. Make room, George and Charlotte, Louis is here with his fashions.

According to People, the traditional smocked outfit that little Louis was wearing in the official family portraits celebrating Prince Charles’ 70th birthday was the Carlina Boy Ceremony Set by small Spanish brand La Coqueta (retailing for a cool $94, because babies definitely need pricey outfits they can spit up on). And the royal wear effect happened almost instantaneously.

“It sold out immediately – it’s amazing the effect it has on a small brand like us!” said founder Celia Munoz. “It was a total surprise but really wonderful, and I am very proud.”

“I love that they are supporting Spanish brands and the small communities in Spain that we work with,” she added.

😍🤗 #KensingtonPalace has released two new photos of the family in anticpation of Prince Charles' 70th birthday. See why the Queen wasn’t featured in the family photo, #linkinbio. 📸: @chrisjacksongetty

The traditional outfit is similar to one William wore when he was younger and was in keeping with the buttoned-up but relaxed vibe of the photo. It makes sense that Louis would be channeling classic styles, much like his mom. According to Munoz, “These outfits never go out of fashion, they are so timeless.”

Though this particular set is no longer available online, there are some similar options, like a more winter-friendly sweater set (which, tbh, I wish I was wearing right now) and this plaid version, just in case you’re hoping to replicate the now-famous photos with your family over the holidays. Prince Charles not included.

Other royals vying for best-dressed this week: on the day of her 71st wedding anniversary, the queen made an appearance in a typically colorful pink suit to commemorate the 150th anniversary of the Royal Institution of Chartered Surveyors.

And in more fun news, apparently you can buy a $60 replica of Princess Eugenie’s emerald tiara that she donned for her wedding. Stocking stuffer, anyone?