In its final days, 2018 has claimed another celebrity relationship. Kristen Stewart and Stella Maxwell appear to have broken up, at least if new pictures of Stewart very publicly holding hands with another woman are any indication (which, you know, they probably are).

Stewart was spotted (and photographed, of course) holding hands with stylist Sara Dinkin while out getting breakfast in Los Angeles on Thursday morning, which prompted reports from multiple sources that she and girlfriend Maxwell had split, according to ET Online.

Stewart and Dinkin also appear to be a thing now, considering they've been photographed looking all kinds of couple-y on several other occasions since the breakfast date (which is all in the last 48 hours, remember).

By all accounts, Stewart and Maxwell didn't split as a result of the hand holding—they seem to have split a while ago (they were last photographed together in October) on mutual terms. The actress and model "are still in touch, but decided it was best to see other people," according to a report from E! News.

"They started to disagree on things and it stopped being fun. Kristen went to Germany to film and they realized that the relationship had run its course and they needed a change. It wasn't making sense for them to stay together. They are still friendly and run in the same circle of friends. But Kristen is happy to be back out there and meeting new people." 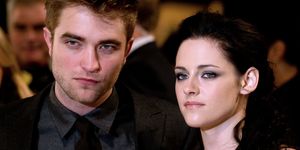 K-Stew Was in Love with Everyone She Dated 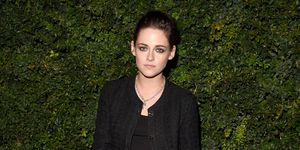 Why Kristen Stewart Won't Define Her Sexuality
Kayleigh Roberts Contributor Kayleigh Roberts is the weekend editor at Marie Claire, covering celebrity and entertainment news, from actual royals like Kate Middleton and Meghan Markle to Hollywood royalty, like Katie Holmes and Chrissy Teigen.
This content is created and maintained by a third party, and imported onto this page to help users provide their email addresses. You may be able to find more information about this and similar content at piano.io
Advertisement - Continue Reading Below
More From Celebrity
Bennifer Recreated Their 2002 PDA Moment
Why Harry's Memoir Release Date Has Upset People
Advertisement - Continue Reading Below
The Royals Are Worried About Prince Harry's Memoir
Gabrielle Union Debuted a New, Short Haircut
J.Lo Made Out With Ben on IG for Her 52nd Birthday
Harry Is Putting the Queen in a Difficult Position
Are Will & Kate Sending a Message to Harry & Meg?
Harry and Meghan Reportedly Have a Four-Book Deal
Naomi Osaka Lit the Olympic Cauldron in Tokyo
John Legend Performed "Imagine" for the Olympics