If anyone is keeping a running list of People Who Want Legally Blonde 3 to Happen Already, please formally add Luke Wilson's name to the roster.

The actor spoke with ET Online Friday at SiriusXM's Radio Row and, naturally (because when is it not natural to engage a beloved early aughts rom-com and/or chick flick star in some nostalgia chat?) Legally Blonde came up. Specifically, Legally Blonde 3 came up—because it's the movie that has to happen to complete the trilogy the world needs, but never deserved.

Even though Wilson insisted that he doesn't know many details about the rumored third installment of the Elle Woods saga, he did confirm that he's 100 percent in, assuming the project comes together (which, like, please let it come together, universe—give us at least one win).

Here's exactly what Wilson had to say about the movie:

"I'd definitely be up for it...All I've heard is the same thing everyone else has heard, it's that they might be doing a Legally Blonde 3. But I can't imagine anything that would be more fun. Reese played such a great character. I'd love to do a Legally Blonde 3."

Of course, Hollywood is unpredictable and, until a movie goes into production, it's impossible to say for sure that it's happening. But, when it comes to Legally Blonde 3, we can all take comfort in the fact that Reese Witherspoon (aka Elle Woods herself) basically confirmed that it's a thing last summer.

"It’s true... #LegallyBlonde3," the actress wrote on Twitter, along with a video of her floating luxuriously in a pool, Elle Woods-style.

In August, Witherspoon doubled down on the announcement in an interview with ET, saying:

So, to recap: Legally Blonde 3 is basically definitely happening and, when it does, Luke Wilson is going to be in it, giving Elle and Emmett the happily ever after they so truly deserve. 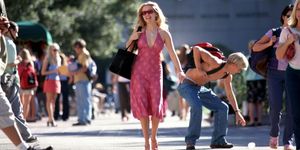 'Legally Blonde' Used to Have a Different Ending 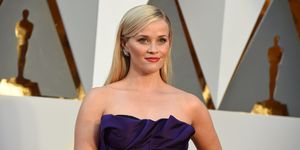 Remember When Trump Stole Elle Woods' Speech?
Kayleigh Roberts Contributor Kayleigh Roberts is the weekend editor at Marie Claire, covering celebrity and entertainment news, from actual royals like Kate Middleton and Meghan Markle to Hollywood royalty, like Katie Holmes and Chrissy Teigen.
This content is created and maintained by a third party, and imported onto this page to help users provide their email addresses. You may be able to find more information about this and similar content at piano.io
Advertisement - Continue Reading Below
More From Celebrity
Bennifer Recreated Their 2002 PDA Moment
Why Harry's Memoir Release Date Has Upset People
Advertisement - Continue Reading Below
The Royals Are Worried About Prince Harry's Memoir
Gabrielle Union Debuted a New, Short Haircut
J.Lo Made Out With Ben on IG for Her 52nd Birthday
Harry Is Putting the Queen in a Difficult Position
Are Will & Kate Sending a Message to Harry & Meg?
Harry and Meghan Reportedly Have a Four-Book Deal
Naomi Osaka Lit the Olympic Cauldron in Tokyo
John Legend Performed "Imagine" for the Olympics