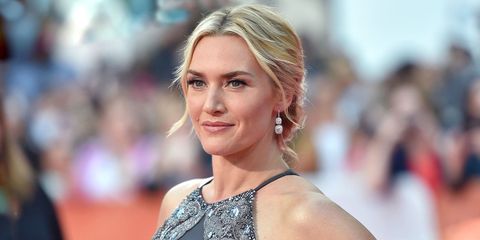 Last month, Selena Gomez and Elle Fanning teamed up to star in Woody Allen's next film, resulting in controversy as to why two young women were happy to work with a man who has been accused of sexually assaulting his daughter by ex-wife Mia Farrow. 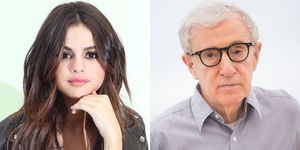 And following in the footsteps of Blake Lively, Kristen Stewart, and Emma Stone—who have all worked with the celebrated director despite his allegedly sketchy past—Kate Winslet is the latest Hollywood actress to weigh in on the debate.

Having just starred in the director's film Wonder Wheel opposite Justin Timberlake, the Oscar winner spoke with the New York Times about her latest project and discussed her views on working with Allen.

"Of course one thinks about it. But at the same time, I didn't know Woody and I don't know anything about that family. As the actor in the film, you just have to step away and say, I don't know anything, really, and whether any of it is true or false. Having thought it all through, you put it to one side and just work with the person."

I didn't know Woody and I don't know anything about that family.

"Woody Allen is an incredible director. So is Roman Polanski. I had an extraordinary working experience with both of those men, and that's the truth," she added.

Claims that allegations against the 81-year-old are unproven or a "family issue" are often made among actors who have defended their choice to work with the Annie Hall filmmaker. However, in accepting to work with the filmmaker, actors and actresses further prove their privilege because they can justify their collaboration because, as the Daily Beast points out, they're fortunate enough not to see Allen as a "threat."