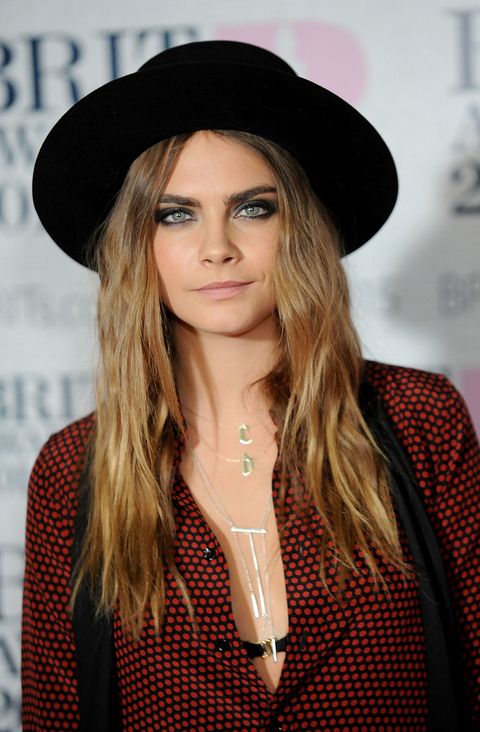 If movie trailers in 2015 have something in common, it's that they give away the entire film in as little as two minutes. (Seriously, can we stop that?) But that's not the case for The Face of an Angel, a film by Michael Winterbottom wit what could be a breakout role for Cara Delevingne.

The film, which was inspired by the true life story of Meredith Kercher and Amanda Knox, centers on an unsolved murder case of a British student in Sienna. Daniel Bruhl stars as a documentary filmmaker covering the case, while Kate Beckinsale stars as an author working on a book centered around the disappearance of the student. And Delevingne? She stars as a student who tries to help—and ends up getting into some scary situations.

Watch the trailer below and see the movie when it hits theaters in the U.S. on June 19.

Dakota Johnson Sings "Unwritten" to Cara Delevingne, Is the Cutest

Samantha Leal Senior Web Editor I'm Sam, the senior editor at MarieClaire.com.
This content is created and maintained by a third party, and imported onto this page to help users provide their email addresses. You may be able to find more information about this and similar content at piano.io
Advertisement - Continue Reading Below
More From Celebrity
Zaya Wade Freaked Out Chatting With Michelle Obama
Harry & William Won't See Eye-to-Eye Any Time Soon
Advertisement - Continue Reading Below
Jennifer Lopez Stuns in a Little Black Mini Dress
Harry & Meghan Won't Throw the Queen Under the Bus
Harry & Meghan Have Nothing to Lose in Oprah Chat
How to Watch Meghan and Harry's Oprah Interview
Gigi Hadid Dyed Her Hair Red
How Celebrities and Friends Are Supporting Meghan
Meghan Didn't Need Prince Harry to Be Wealthy
Pregnant Emma Stone Runs Errands in Santa Monica