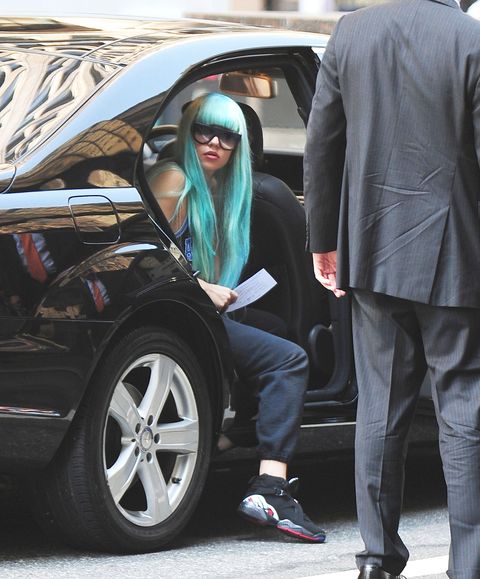 In March, Amanda Bynes tweeted a pencil drawing of a girl bearing a strong resemblance to Jennifer Lawrence contemplating the death of Primrose Everdeen. Then she went dark. (Except for a court appearance in early July, but that's different.)

On Tuesday, however, she reemerged platinum-haired, talon-nailed, and healthy-looking, posting a photo with designer Michael Costello at Sunday's SOAR Los Angeles Gala, to which she wore "one of his beautiful gowns."

"Our event planner is friends with her attorney," said Costello, who hosted a launch party earlier this summer that Bynes also attended. "But I had no idea Amanda was such a huge, huge fan of my work. She was really cool and was super nice, and we talked a lot about fashion! She is actually is going to come and do some designs and sew with me. I invited her to come over anytime she wants to use the sewing machines, and I would teach her a little. She really liked that! We talked about her going to FIDM, and her sketches."

Bynes began studying at the Fashion Institute of Design and Merchandising in Irvine in March 2014, but her tenure there was plagued by rumors of truancy, cheating, and going to class high. Bynes said she planned to transfer late last year.