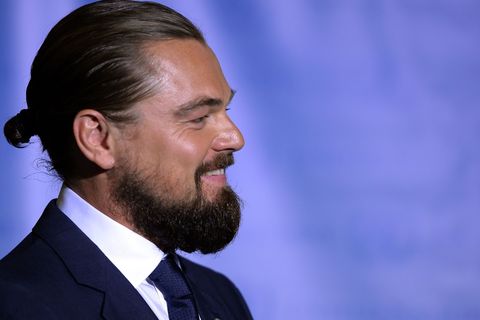 It's a truth universally acknowledged that man buns are the eighth wonder of the world, and their domination can be traced back to one Jared Leto. The trend has been on the rise since  Leto wore a man bun to the 2014 Golden Globes, and a new Google study finds that they're currently one of the most searched hairstyles. Who knows, your boyfriend/husband/roommate could be plotting his own man bun right at this moment.

In a study of search terms from January 2013 to August 2015, Google found that more internet users are interested in men's hair than women's hair, that "man bun" is one of the most popular search terms of 2015, and that Harry Styles is the celebrity most associated with the trend. He has so much to be proud of, bless him.

Thanks to the likes of Harry, Jared Leto and Leonardo DiCaprio, "how to grow a man bun" and "how to tie a man bun" are among the most common beauty terms on Instagram.

In other news, "natural hair," "box braids" and "goddess braids" are the biggest search terms for women, and are most popular down South. Google also reports that people are searching for grey and silver hair thanks to Rihanna's brush with the color in 2013, and interest in lavender hair has spiked since Katy Perry wore the color at the Grammy Awards.