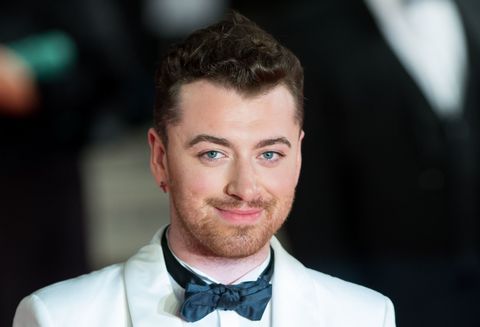 Sam Smith, professional elicitor of feels, recently announced that he's taking an Adele-esque break to work on his sophomore album—and he's going out on the most depressing note ever. The 23-year-old singer premiered a new song called "Drowning Shadows" on Beats 1 Radio, which will be featured on a special edition of In the Lonely Hour, out November 6.

Smith says the tune is "insanely personal" to him and seems to recognize the impact it's having based on the below Instagram.

After premiering the tearjerker, the British singer-songwriter gave details to Zane Lowe. "I was in such a lonely sad place when I was writing this album that sometimes I'd have to choose," he said. "The lyric is 'Do I go home to nothing or stay out for more?' That was a genuine choice for me some nights. I used to go out by myself and drink and try and find love, or I'd just go home and chill. So that's what that song's about. That decision."

We've all been there, Sam Smith.

Listen to the emotional ballad here.

Mehera Bonner Contributor Mehera Bonner is a news writer who focuses on celebrities and royals—follow her on Instagram.
Advertisement - Continue Reading Below
More From Celebrity
A Timeline of Charles and Diana's Relationship
Kendall Jenner Wants to Work for Beyoncé
Advertisement - Continue Reading Below
Harry & Jon Bon Jovi Sing Together at Royal Event
Khloé Kardashian Is Being Trolled Over Febreze
Katie Holmes Is in Head-to-Toe Chloé at Their Show
A 'Friends' Reunion Special Is Coming to HBO Max
Ariel Winter Now Has Strawberry Blonde Hair
46 Stars Who Dated Before They Were Famous
Every Easter Egg in Taylor Swift's 'The Man' Video
Kate Middleton Does Some Sports in $38 Sneakers