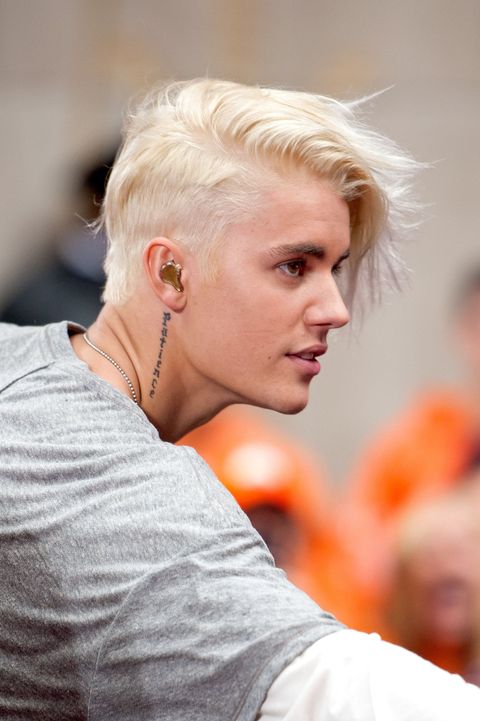 Justin Bieber recently watched the new Amy Winehouse documentary, Amy, and realized that he and the late singer have a lot in common. The 21-year-old pop star was moved by how much public scrutiny Winehouse dealt with, a struggle he also faces daily.

"I watched the Amy Winehouse documentary on the plane and I had tears in my eyes because I could see what the media was doing to her, how they were treating her," he told NME. "People thought it was funny to poke her when she was at rock bottom, to keep pushing her down until she had no more of herself. And that's what they were trying to do to me."

Now, Bieber is attempting to gain control over his image so fans understand that he's vulnerable. "I just want people to know I'm human," he said. "I'm struggling just to get through the days. I think a lot of people are. You get lonely, you know, when you're on the road. People see the glam and the amazing stuff, but they don't know the other side. This life can rip you apart."

Bieber is often fodder for jokes thanks to his admittedly past (juvenile) antics—but all you have to do is watch him crying at the VMAs to know he's going through a lot. Sure, Bieber recently traumatized us with #PeenGate, but maybe it's time to remember that at the end of the day, he's a normal kid who faces an immense amount of pressure.

Mehera Bonner Contributor Mehera Bonner is a news writer who focuses on celebrities and royals.
This content is created and maintained by a third party, and imported onto this page to help users provide their email addresses. You may be able to find more information about this and similar content at piano.io
Advertisement - Continue Reading Below
More From Celebrity
Princess Eugenie's Son Got to Meet Prince Philip
Ashley Graham Is Having Twin Boys
Advertisement - Continue Reading Below
Gabrielle Union Danced Topless at a Window
Ben Affleck Is "in Awe" of Jennifer Lopez
Princess Beatrice Has Given Birth to a Baby Girl
Gigi Hadid's Mom Shared Sweet Pics of Khai
Kate & Will Probably Won't Have a Fourth Child
Ben & Jen Plan to Spend the Holidays Together
Kate & Will Are "Anxious" About Harry & Meghan
Mandy Moore Calls Breast Pump Emmy's MVP Accessory