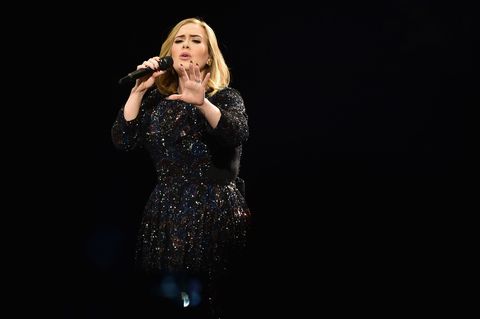 Man. Somebody Postmates some In-N-Out to Adele—lord knows she needs a Double-Double after her sound shut-off mid-performance. AGAIN.

During a show in Birmingham (the one not in Alabama) on Saturday, Larry's former host was halfway through "All I Ask" when her mic and instrumentals shut off, unbeknownst only to her and, like, the first three rows. But then the crowd took up the tune, and what could have been the Grammys Pt. II became a beautiful moment.

"Why did you all start cheering midway through?" she asked after the song ended. "The sound went off? The PA f*cking cut off, eh? Oh, f*cking hell. Well, I didn't cut off in the ears I put in meself...Tell them I wasn't miming. Every f*cking show I sing live. I do, every show. Never mimed in me life."