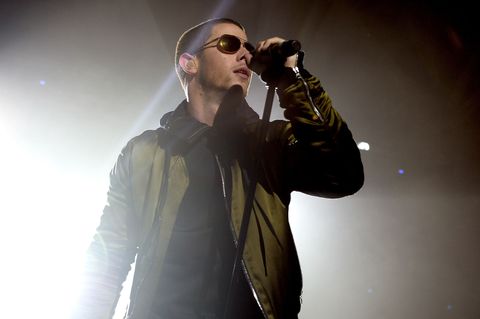 Nick Jonas, man who once starred in Disney's Camp Rock, has been flexing his acting muscles (and also his IRL muscles, just saying), and it looks like he wants in on that Game of Thrones action.

The former boy-bander got his fan-boy on while hanging out with Emilia Clarke on BBC Radio 1's Breakfast Show, and tried to keep his cool when she joked about him joining the show.

Nick: "I don't think they would hire me."

Emilia: "Oh, my God! Let's ask them now! David and Dan, if you're listening. I'll email them. True story: I'm going to e-mail them now. I will. I'll be like, 'listen: He's open to dyeing his hair Targaryen blond.' Right?"

Emilia: "There we go. You can ride a dragon, honey!"

So, this is amazing. Also, we vote Nick plays Jonhaus Snow, the purity ring-wearing bastard cousin of Jon Snow, who also happens to be a wandering minstrel.