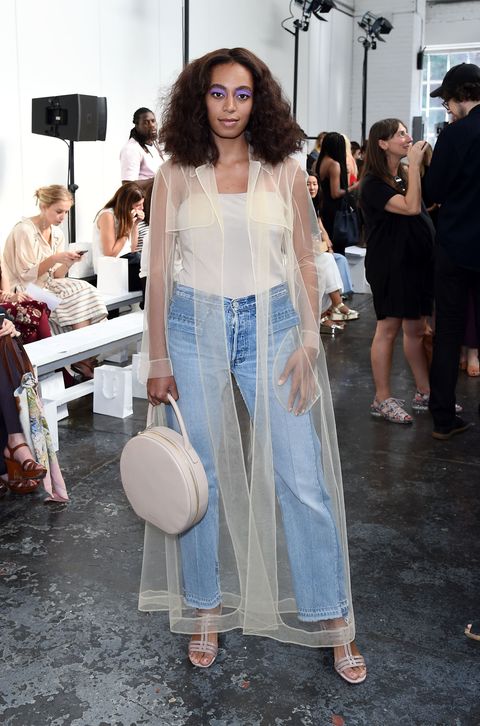 Over the weekend, Solange Knowles took to Twitter to share her experience at a Kraftwerk concert in New Orleans (summary: a group of women yelled at her and her 11-year-old son to sit down while they were dancing, and when they refused, they were pelted with limes). Now, she's written a powerful, eye-opening essay about her larger history with racism.

https://t.co/xDbxVpJFha I can relate to everything @solangeknowles experienced. This is real & it happens everyday. We are not making it up

"What you did indeed say is, "This is why many black people are uncomfortable being in predominately white spaces," and you still stand true to that," she wrote regarding her initial tweets. "You are also fully aware, now that you use your platform consistently to speak out on social, racial, and feminist issues, that people who have no awareness of your work outside of gossip sites and magazines, some of which who are most likely voting for Donald Trump, have been starting to engage and/or target you in public and social media in regards to race."

But after connecting events from her past and current events, Knowles acknowledges the "biggest payback" she could have gotten at the Kraftwerk show was "dancing right in front of them with my hair swinging from left to right, my beautiful black son and husband, and our dear friend Rasheed jamming the hell out with the rhythm our ancestors blessed upon us saying….We belong. We belong. We belong."