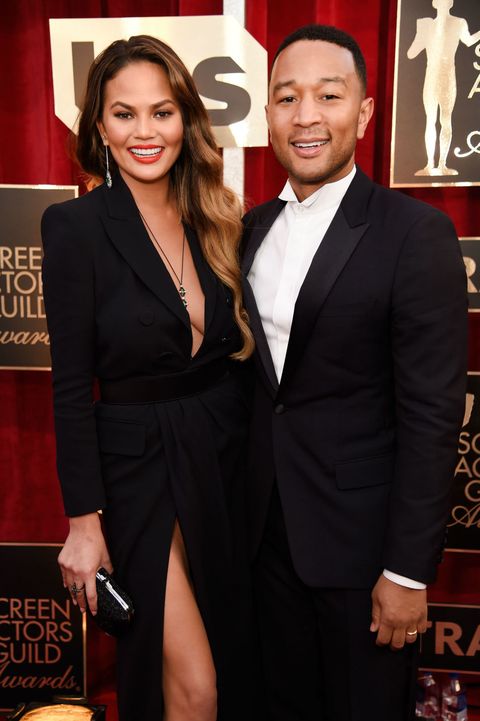 "More babies!" that whiplash-y Cheerios ad says, disregarding the problem of overpopulation as a ploy to sell cereal. But in the case of Chrissy Teigen and John Legend, who revealed that they're having a son next on Sunday evening's SAG Awards red carpet, we're all in.

"Oh my God, a little boy is next for sure!" she said to E! News' Giuliana Rancic.

Last year, the 31-year-old discussed how the couple actively decided to have a baby girl with the help of in vitro fertilization, during which she said was "most excited and allured by the fact that John would be the best father to a little girl." But even then, the plan for a brother for Luna was already in place.

Pleassssse won't someone play roll the lemon with me 📸 @bumper3077

"A boy will come along," she said. "We'll get there too, so it's not like we really have to pick. But he definitely is very lucky to have a little girl. And this girl is going to be so completely lucky to have John as her papa—it's crazy!"

You know what that means: MORE BABY PICTURES WHEEEEE.