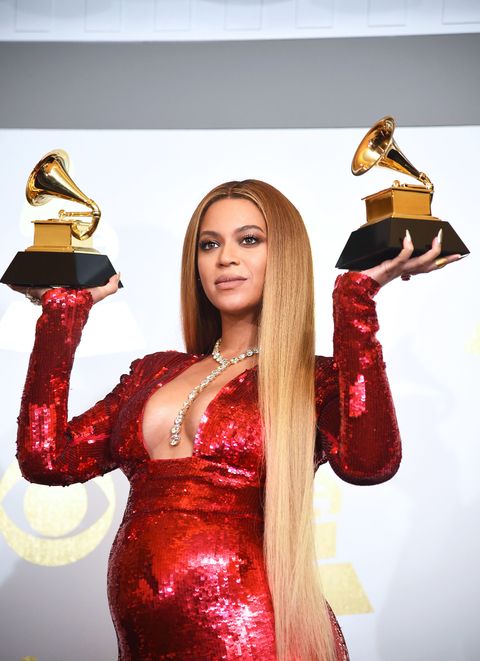 Despite being a groundbreaking work of art, Beyoncé's Lemonade lost Album of the Year to Adele, and the internet was not having it. (Neither was Adele, by the way.)

Adele just did the Kanye West to herself - "imma let me finish...but Beyoncé" 😭😭😭

Even Adele knows Beyonce should have won 💓💓💓

Then, came the Hive:

Adele said i don't even need Kanye imma do this myself

Equally important, were the people who voiced concern with the systemic racism that may have lead to Adele's win:

And then there was this post-win speech by Adele, who accurately said, "what the f*ck does she have to do to win Album of the Year?"

"My Album Of The Year is Lemonade." - Adele pic.twitter.com/Zp5mcUB9Q6

Something to think about....

Mehera Bonner Contributor Mehera Bonner is a news writer who focuses on celebrities and royals—follow her on Instagram.
Advertisement - Continue Reading Below
More From The Grammys 2020
How to Get Demi Lovato's Look From the Grammys
Go Bold or Go Home Was the Grammys' Nail Vibe
Advertisement - Continue Reading Below
Why Isn't Beyonce at the 2020 Grammys?
Watch Demi Lovato's Emotional Grammys Performance
Alicia Keys' No-Makeup Look at the Grammys Is Gorg
Alicia Keys Covers 'Someone You Loved'
Priyanka Chopra Pays Tribute to Kobe at Grammys
Lizzo Opens the Grammys With an Epic Performance
Sophie Turner Stuns In a Gothic Look
Ariana Grande Is a Disney Princess at the Grammys