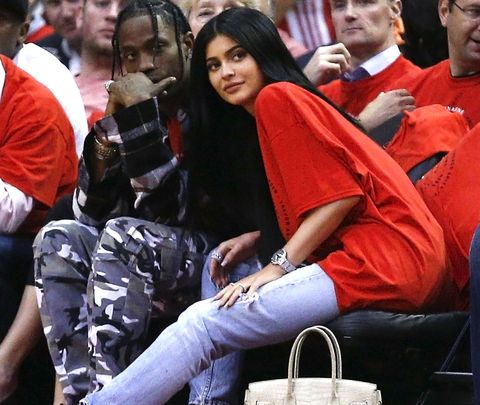 Just a few short days after Tyga was seen out with Justin Bieber's ex-fling Jordan Ozuna, Kylie stepped up her post-breakup game with her new rumored beau Travis Scott.

In their first ever "official" outing, the pair sat courtside at the Houston Rockets playoff game vs. Oklahoma City Thunder. Scott, who is a Houston native, looked on as Kylie lounged next to him, looking comfortable and happy.

This comes after the "are they, aren't they?" appearance at Coachella over the weekend, where the pair was snapped by a fan and appeared to be holding hands. This latest outing is definitely encouraging the chatter that these two are an official item.

Earlier this month, Kylie responded to the internet gossip that she and her longtime on-again off-again were broken up by snapchatting herself singing along to Tyga's new song . It looks like the rumor mill was kind-of right though, now that she seems to be moving on. If Tyga can, so can Kylie. 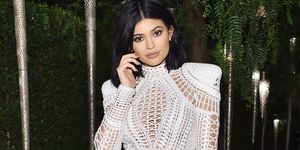