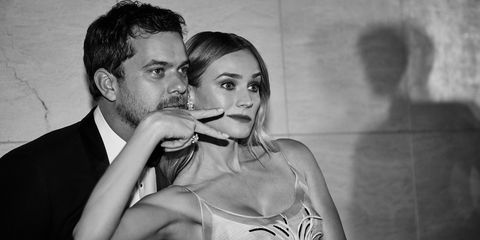 If you required any evidence that Diane Kruger and Joshua Jackson's split was perhaps the most amicable on record, your proof has arrived. Following Kruger's Best Actress win at Cannes on Sunday, which she won for her role in German movie In the Fade, Jackson publicly fawned over his ex:

Taking to Instagram, Jackson wrote, "Yes she Cannes. Having witnessed the integrity and dedication that you bring to every job, I'm over the moon to see you getting the recognition you deserve. Only question is what took 'em so long! CONGRATULATIONS, Josh." And if that doesn't make your heart melt, do you even have one?

Yes she Cannes. Having witnessed the integrity and dedication that you bring to every job, I'm over the moon to see you getting the recognition you deserve. Only question is what took 'em so long! CONGRATULATIONS, Josh #dianekruger

Jackson and Kruger were together for ten years before splitting up in July 2016. It's so comforting to know that the former couple have managed to retain so much respect for one another's work. Basically, Jackson's tribute is superb.

Amy Mackelden Weekend Editor Amy Mackelden is the Weekend Editor at HarpersBAZAAR.com, where she writes about entertainment, celebrity news, beauty, and fashion.
Advertisement - Continue Reading Below
More From Celebrity
Why Taylor Swift Is a No-Show at the Grammys
Is Lana Del Rey Dating a Hot Cop?
Advertisement - Continue Reading Below
The World Mourns NBA Legend Kobe Bryant
Who is Maggie Rogers, the Grammy-Nominated Artist?
Alicia Keys' Biggest Fan Is Swizz Beats
Sel on Healing After Justin Emotionally Abused Her
Bey & Jay Were the Cutest at the Roc Nation Brunch
Prince William Just Got a New Royal Title
Chrissy Solved a Mystery With a Dolly Parton Post
Harry Felt Constrained by Royal Duties Growing Up