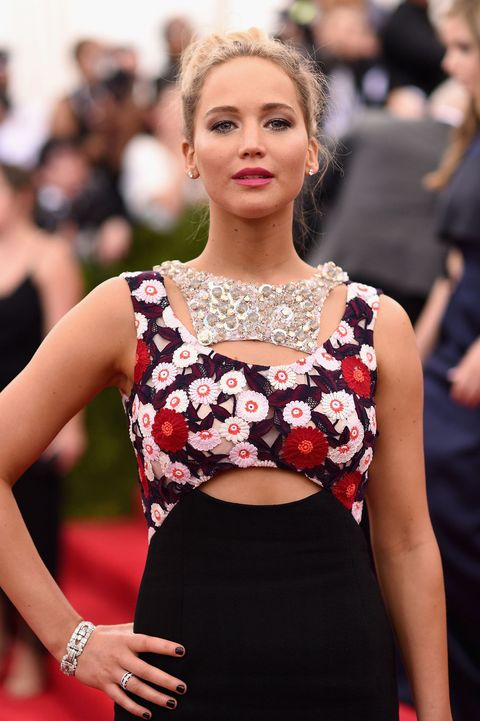 Jennifer Lawrence is opening up about her love life—specifically about the fact that she's dating Mother! director Darren Aronofsky. (Psst: they fell in love on set.) "We had energy. I had energy for him. I don't know how he felt about me," JLaw recently told Vogue, adding, "I normally don't like Harvard people, because they can't go two minutes without mentioning that they went to Harvard. He's not like that."

The actress also described her boyfriend as an "amazing father" and a "brilliant" creative: "I've been in relationships before where I am just confused. And I'm never confused with him."

Lawrence also opened up about her nude photo hack, a disgusting invasion of privacy that had a big effect on her. "It's scary when you feel the whole world judges you," she explained. "I think people saw [the hacking] for what it was, which was a sex crime, but that feeling, I haven't been able to get rid of it. Having your privacy violated constantly isn't a problem if you're perfect. But if you're human, it's terrifying. When my publicist calls me, I'm like, 'Oh, my God, what is it?' Even when it's nothing. I'm always waiting to get blindsided again."

Watch the trailer for Mother! below.