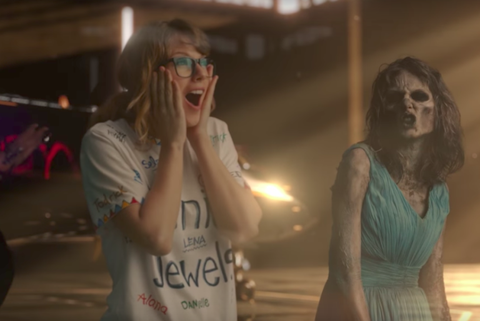 Taylor Swift dropped the video for "Look What You Made Me Do" during the VMAs, and it's a meta gift from the pop culture gods, full of shade, a Tom Hiddleston reference, and—turns out—an update on who's still in her squad.

In the video, Taylor can be seen wearing a similar shirt to that which she wore in her "You Belong with Me" video. Except instead of this shirt being covered in random names...

...It's covered in the names of her remaining squad members.

Noticeably missing from the shirt? Lorde (who recently distanced herself from the squad), Ruby Rose, and Karlie Kloss—who sparked rumors of a squad departure when she posted a photo with Kim Kardashian's sister Kendall Jenner on July 4.

Watch Taylor's full video below. This has been an update. 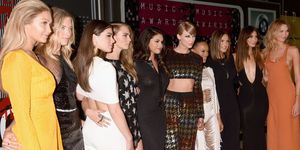