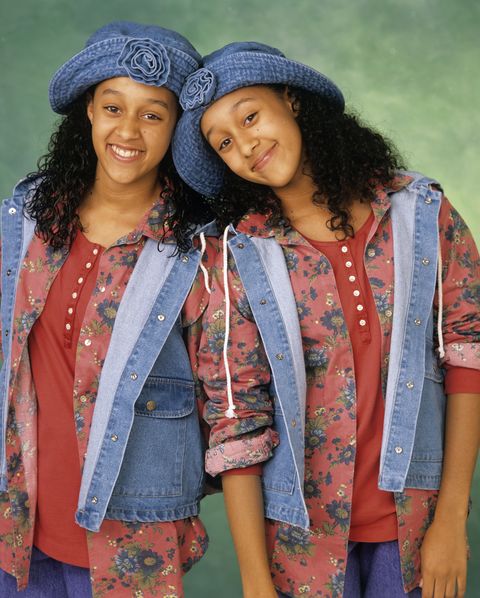 We never knew how much we missed them...Get ready to relive all your childhood memories because your favorite twin sisters are coming back to TV. Jackée Harry, who plays Lisa Landry—the matriarch of the family—just confirmed the reboot of Sister, Sister on Steve Harvey's talk show.

"Yeah, it’s happening. I’m excited," Harry told Harvey. "Tia and Tamera [Mowry] are my babies. They won’t leave me alone. I can’t get rid of none of these women!"

And apparently they've been working on the reboot for quite some time.

In November Tia told Us Weekly, "[It’s] amazing and wonderful. My sister and I are taking meetings as we speak, so it’s definitely closer than ever to making this reboot happen. We are being told that they want it to be or happen next year in the fall. So, it’s going by so fast, everything."

Tia hopes they'll pick up the show in the sisters' current lives as mothers. She is currently pregnant with her and Cory Hardrict's second child, and Tamera is also a mother of two with husband Adam Housley. Sister, Sister originally aired from 1994-1999.

We can't wait to see what they've got in store for us.

Related Story
The Most Iconic Celebrity TV Show Reunions
Alex Warner
Advertisement - Continue Reading Below
More From Culture
There's Going to Be a 'Love Is Blind' Reunion
The Author of 'My Dark Vanessa' Shares Her Story
Advertisement - Continue Reading Below
Behold This Beyoncé-Inspired Gymnastics Routine
'The Bachelor' Has Already Finished His Season
An Investigation Into the Next 'Bachelorette'
The Sexiest TV Scenes of All Time
Unmissable Horror Movies Coming Out This Year
Treat Yourself to a Chick Flick Tonight
Who Will Be on 'Bachelor in Paradise' in 2020?
Can We Talk About Kelly's Mom From Love Is Blind?