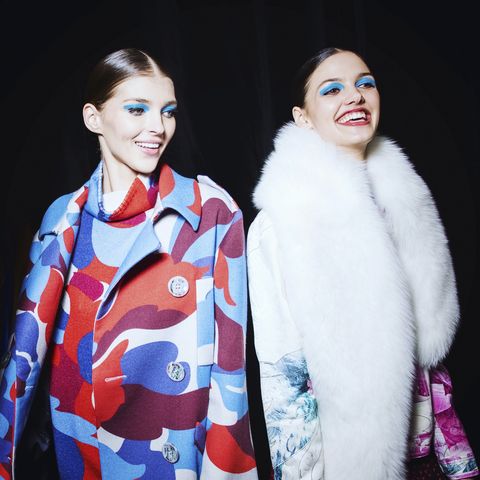 If you were wondering why you and your best friend always seem to be on the same wavelength, it's because you might literally be sharing brain waves.

As first reported by The New York Times, a new study suggests that the brains of close friends are exceptionally similar when it comes to how they perceive the world around them. In the study, friends were shown a series of diverse short videos about things like the dangers of college football and Liam Neeson doing improv comedy. (Yes, Liam Neeson doing improv comedy.)

Looking at brain scans, scientists found that the neural response patterns evoked by the videos were the same in close friends as opposed to two people who weren't friends. The evidence was so strong that they could immediately tell which two people were friends, based only on their brain scans.

“Our results suggest that friends might be similar in how they pay attention to and process the world around them,” said Carolyn Parkinson, a cognitive scientist at the University of California, Los Angeles. “That shared processing could make people click more easily and have the sort of seamless social interaction that can feel so rewarding.”

The results don't specifically show what behaviors, attitudes, or opinions the scans are detecting—but it seems safe to say we choose our friends for a reason.