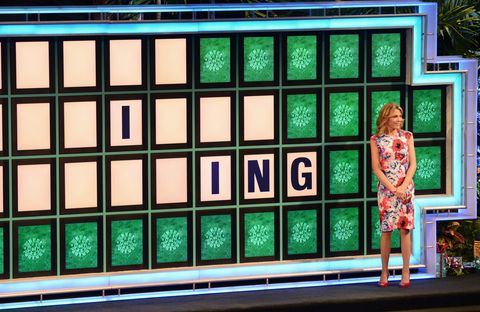 There are several contenders for “Most Terrible Month of 2018” (for instance, all of them come to mind), but June is pulling an early lead before it even hits the halfway mark. The deaths of Kate Spade and Anthony Bourdain were tragic and triggering. President Trump alienated most of the U.S.’ allies in favor of cuddling up to reclusive dictators. Dennis Rodman cried on CNN while wearing a MAGA hat. Even the net neutrality repeal went into effect, which means internet service providers could start charging more for Netflix—the only thing that otherwise gets many of us through times like this. It’s not great!

But fortunately, in all that darkness, a hero has emerged. I’m talking, of course, about the Twitter account @wofanswers.

Its first-ever post, on June 4, established a simple premise: Take a half-solved Wheel of Fortune puzzle and fill in the blanks to create something so bizarre it borders on the poetic. For example:

Sometimes a buzz-killing Twitter user will try to point out to @wofanswers that he or she or they don’t understand how Wheel of Fortune works. For example, BONELESS HOMEBOYS couldn’t be the correct clue because there’s already an E and an S on the board.

The account creator will occasionally answer these people, always with a simple, “No.” And that’s more than they deserve for trying to diminish the art that is @wofanswers! Let the man/woman/bot work!

A LARGE NUDE FOR EVERYTHING pic.twitter.com/1UDwVz7kg7

At the time of publication, the account has already amassed around 92,000 followers (and rising quickly)—further proof that this is the exact brand of idiotic and surreal humor to soothe America’s chapped soul. Even better? It updates several times a day, which means that whenever you feel blue, you can log onto Twitter and find another post that’ll make you feel just a smidge more hopeful and understood.

I NOW EXIST IN HELL pic.twitter.com/FNSjo1bjaI

So thank you, @wofanswers, whoever you are. You’re doing important work. 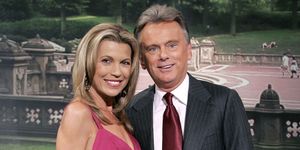 Did 'Wheel of Fortune' Use Slaves as Decoration?
Advertisement - Continue Reading Below
More From Culture
The Music Podcasts We Keep Pressing Play On
Why You Keep Seeing "Until Tomorrow" on Instagram
Advertisement - Continue Reading Below
The 19 Best Murder Mystery Movies
How to Join Marie Claire's Online Book Club
'In Five Years' Is MC's April Book Club Pick
'Little Fires Everywhere' Is a '90s Time Capsule
How Murtagh Dies in the Outlander Books
What Happened to John Finlay From 'Tiger King'?
'Outlander' Season 5 Is Back to the Show We Love
The Best Cooking Shows on Netflix