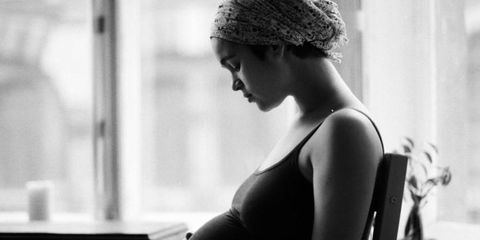 This article was originally published on Lenny.

What group makes up half the global population? Women. Who makes about 80 percent of health-care decisions for their families? Women do. Women also have different bodies and medical needs than men, and innovation in health-care technology for women requires financial investment.

Yet big investors tend to put money into solutions to problems that they can relate to. And most venture capitalists are male. By one account, only approximately 20 percent of VC firms funding early-stage biotech companies have any women's-health-focused technologies represented in their portfolios at all. The top twenty VC firms most active in health care made upwards of 1,500 investments in the last decade, but only roughly 80 of those were in women's health.

Anula Jayasuriya is one of about 5 percent of venture capitalists who are female, and she is banking on the fact that the broadly defined women's-health-technology market is untapped, and on the reluctance of male financiers to go there. She put together the first-ever women's-health-focused investment fund, called EXXclaim Capital, which has supported early-stage companies making things like pregnancy-tracking apps, streamlined breast pumps that time-stamp bottles, and at-home sperm counters.

In addition to EXXclaim, Jayasuriya counteracts the sometimes-hostile male-dominated climate of venture capital and biotech through her work with Astia, a nonprofit identifying and funding female entrepreneurs and women-led ventures. We discussed the paucity of women in the fields she works in, why there's a built-in bias against women's-health startups, and why women in biotech may win the long game when it comes to career triumphs.

Madeleine Johnson: Can you explain the difference between biotech and tech?

Anula Jayasuriya: I've always thought it was funny that "tech" got hijacked to mean computer science. Life sciences or biotech, including medical devices, is similar to tech, in that they are both based on technology and move very fast, unlike, say, industrial engineering or the energy industry, which are also "tech."

MJ: As a venture capitalist, you invest in technologies focused on "women's health," and you have a somewhat nuanced way to define that; can you explain it?

AJ: I'm defining it holistically, to include both women as the users or end recipients of the care — what they want and need, and how they are different — as well as when women are caretakers, caregivers, and decision-makers on behalf of others. I think of it as three concentric circles. The little circle is OB/GYN and reproductive health. The second circle is common chronic diseases where women are different from men in terms of their symptoms, response to treatment, and outcomes. Cardiac disease is the best known in that category, but there are many others. And the third circle is places where women make decisions on behalf of both the elderly that they take care of and on behalf of children.

"Women and health" might be another term, or "sex- and gender-targeted medicine," so that we don't leave out men either but point to the importance of targeting to biological differences.

MJ: And is women's health a successful thing to invest in?

AJ: I'm seeing women's health, the way I define it, as an overlooked fantastic business investment opportunity. There are a lot of people who look at it, especially in the developing world, through a nonprofit lens, more from a social-justice perspective based on the ethics of providing care to people. I agree with that, by the way. But I believe very passionately that women's health is a huge market opportunity, because it's new and it is growing under everybody's nose, but only somewhere between 4 and 6 percent of venture capitalists are women.

MJ: Why does that matter?

AJ: When you make an investment, everybody will tell you up and down that it's highly vetted, it's rational, and they go through all of these procedures. But at the end of the day, it's about a connection that is made, both the investment team's resonance with the problem and how compelling a potential investor thinks a problem is. I think there is an unconscious bias against women that goes on in the process, and that is enhanced if there are no women present.

The problem with anything to do with women's health is that it is political and controversial, and, just like women's bodies, it is complicated. I'm trying very hard to separate out professional equality, social justice, and a naked financial imperative. I look at all three in parallel, but the investment fund is not a so-called impact fund, it is a huge business opportunity.

I think that as long as this real business opportunity isn't seen, then women's health is going to remain a cause, or window dressing. It has to make money and be a vibrant market before device-makers, pharmaceutical companies, and all the people in the ecosystem will support entrepreneurship and innovation.

MJ: What objections do people have to investing in women's-health-related companies?

AJ: Male investors will say, "I don't want to touch 'bikini medicine.'" One problem is that they can't relate to the issues. A second is that, even if they can understand them, they don't think they are so important. Like: "Why is menstrual pain an issue? You have it every month and you live with it, so it can't be that bad." The third problem is that they think it is controversial or scary.

Also, some will say it is a niche. I really don't know how to react to that, because then I say, "You might be only thinking of OB/GYN, which is not that small anyway."

It's like personalized medicine. In the '90s a lot of pharma companies really resisted personalized medicine because they were happy giving medicine to a lot of people for whom it didn't work. As long as it didn't harm them, if it was only ineffective, they sold more drugs. The only thing that pushed them was a financial incentive. They aren't in the business of being benevolent, they're in the business to make returns for their shareholders.

MJ: How would a Lenny reader benefit in thinking about women's health as its own larger category, beyond simply health care for parts of the body usually covered by a bikini?

AJ: I think the biggest benefit is the awareness that women's and men's health in many cases are different. They can ask doctors and nurses how they might be different. They will, I hope, look things up on the web and educate themselves. I think building their own reference base on an individual level is very important, and I think the more that women speak up and ask for things to be different, the better. The pull of the patient hasn't been felt because the patient has not always been empowered and has not always had the knowledge.

MJ: Can you tell me more about your theory on career longevity for women?

AJ: It is observational and limited to biotech for now, but what I see is that men are on a track with external milestones in the industry. If by the time they are 50 years old they haven't really risen to a certain point in their career, then they are never going to progress further.

But I see that women, who might not a take a promotion or who might work less when they have children in their 30s, can enter the C-suite and become a CEO or chief financial officer or chief scientific officer, top executive management, for the first time in their late 50s or early 60s. I think it is relatively rare for men to do that. In life sciences, accrual of knowledge is also important, unlike in tech, and I think that benefits women. I think knowing this would give a lot of women a lot of hope and conviction to go ask for promotions and not see themselves as written off.

This interview has been condensed and edited.

Madeleine Johnson is a biotech business writer at GenomeWeb.com.