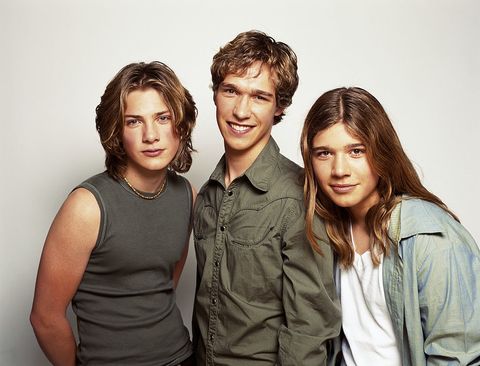 Get ready to have "MMMBop" stuck in your head for the rest of the year, because Hanson is officially going on a world tour in honor of their 25th anniversary as a band.

Announced Monday, the Middle of Everywhere 25th Anniversary World Tour will start in Tulsa, Oklahoma at the Hop Jam Beer and Music Festival on May 21, before heading overseas to Germany in June.

"Making music together for 25 years is a milestone that we had to acknowledge, and what better way to do it than with an anniversary tour," Taylor Hanson said of the decision.

"This year is not only about the two decades of music, it's about celebrating the incredible community of fans who have been with us, singing along year after year," his brother Isaac Hanson added.

Even more exciting, the group will also be releasing a greatest hits album called Middle of Everywhere: The Greatest Hits and a new Christmas album called Ooh Christmas later in 2017. Clearly, they want to spoil their fans this year.

Check out all of Hanson's world tour dates below, and for more information, head over to their site right here.