Today's Top Stories
1
The Anti-Choice Endgame: Power And Control
2
Suni Lee Just Scooped Up Gold in Tokyo
3
Nordstrom's 2021 Anniversary Sale Is the Best Yet
4
Give Domestic Workers the Protections They Deserve
5
The Absolute Best Red Lipsticks on Earth
NBCGetty Images

On December 20, 2019, one of the most anticipated movies of the year is getting a wide release: Bombshell dives into the Fox News scandal with Roger Ailes during a particularly tumultuous time at the news channel and in the country. It shows Megyn Kelly's last years at Fox before she departed, during which she confirmed sexual harassment from Ailes, as well as the repercussions of her hosting a now-infamous 2015 presidential debate.

The film, which is getting a ton of buzz, stars Margot Robbie as Kayla Pospisil (a fictional representation of several real-life women), Nicole Kidman as Gretchen Carlson, and Charlize Theron as Kelly. It's been quite a journey for Kelly since that time—she moved from Fox to NBC, and what she's up to these days is less clear.

So, it was a tumultuous last few years for Kelly at Fox. After the 2015 Fox debate, Trump made disparaging comments about her, and she said she was disappointed by the lack of support from her Fox colleagues. In 2016, Kelly hosted a one-hour primetime special, but the ratings weren't as high as hoped.

Kelly's contract was set to expire in 2017, and it was speculated that there was increased pressure on her to obtain ratings, including on her show The Kelly File, in order to secure a new one. In late 2016, Kelly was said to be looking elsewhere.

She started with NBC soon after.

According to the New York Times, Kelly would have a "triple role" at NBC: anchor, host of Megyn Kelly Today during The Today Show, and a Sunday night news show, plus major breaking news coverage as well. Kelly began hosting her own show in September 2017, but it lasted a little more than a year due to poor ratings—it was cancelled in October 2018. Kelly also had mixed reviews from viewers and other colleagues. Of the many controversial things she's said over the years, one comment about the potential appropriateness of blackface caused her to issue an apology internally.

She officially left NBC in January 2019.

According to TMZ, Kelly's settlement with NBC to take her off the air was $35 million, and there hasn't been a formal announcement from her ever since. So the short answer is, she's not really doing anything right now. From Instagram, however, it does look like she is covering breaking news and doing interviews:

She told TMZ she'd be back on TV in 2019 without providing specific details. 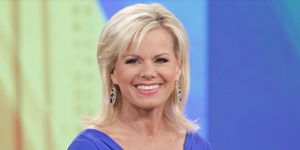 Gretchen Carlson Gives Post-Lawsuit Interview
This content is created and maintained by a third party, and imported onto this page to help users provide their email addresses. You may be able to find more information about this and similar content at piano.io
Advertisement - Continue Reading Below
More From Culture
What Makes an Olympic Moment?
Team USA Fencers Protested Their Teammate
Advertisement - Continue Reading Below
Hang On, What's "ROC" at the Olympics?
Suni Lee Just Scooped Up Gold in Tokyo
Movies Everybody Should Watch At Least Once
'Virgin River' Season 4: Everything We Know
'Love Is Blind' Season 2 Is Coming!
Simone Biles' Sister Is Her Fiercest Champion
Simone Biles Quotes to Live By
Could 'Manifest' Come Back for a Fourth Season?