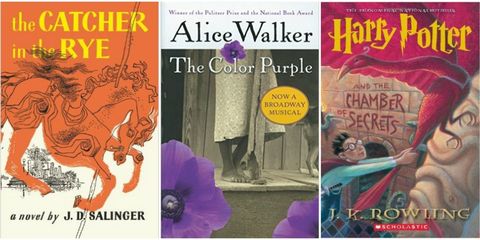 As Anna Quindlen once said, "Books are the plane, and the train and the road. They are the destination, and the journey. They are home." These were the tomes making people laugh, weep and whisper in homes across the country as your story got its page one.

The biggest book of 1930 was the charming Cimarron by Edna Ferber, a frontier adventure tale of a spunky woman who creates an empire for her family.

Pearl S. Buck won a Pulitzer and eventually a Nobel Prize for The Good Earth, about farm and family life in a small Chinese village.

Inspired by Charles Morgan's own station in Holland during World War I, The Fountain is the story of a British officer's affair with a German officer's wife.

An epic spanning Cuba, Italy and France, Anthony Adverse by Hervey Allen follows the travails of an orphan and his lady loves.

So popular was this classic tale of a strict-but-inspiring teacher and his bright Brooklyn pupils that Goodbye, Mr. Chips by James Hilton inspired two movies, two TV series and countless imitators.

Lutheran minister Lloyd C. Douglas found literary fame later in life due to novels like Green Light, about a doctor who accidentally kills a patient.

Before it was an essential piece of Hollywood history, Gone with the Wind by Margaret Mitchell was a wildly popular novel about a Southern debutante during the Civil War.

John Steinbeck's classic tragedy Of Mice and Men is essentially American in its tale of friendship and the promise of solid work and prosperity in the west.

Required reading in grade schools since its publication nearly eighty years ago, The Yearling by Marjorie Kinnan Rawlings is a coming-of-age story of a boy and his pet.

Steinbeck found another rousing success in The Grapes of Wrath, a reflection on the effects that the Great Depression had on an ordinary farming family.

The rather depressing and tragic lives of a mining family in Wales is captured in How Green Was My Valley, which was eventually adapted as a beloved film starring Maureen O'Hara.

While World War II raged, Americans delved into Ernest Hemingway's painful depiction of the Spanish Civil War in For Whom the Bell Tolls.

Franz Werfel was a Jewish writer whose satirical takedowns of the Nazis led to his flight from Vienna to Paris to the United States. Here he wrote The Song of Bernadette, the true story of a girl's visions of the Virgin Mary at Lourdes.

The message of A Tree Grows in Brooklyn, Betty Smith's tale of an immigrant teen in turn-of-the-century New York City, was to stay strong, and look for beauty everywhere.

A depiction of race relations in Georgia in the 1920s, Strange Fruit by Lillian Smith caused immediate controversy (and was even banned) for its portrayal of the forbidden love between a white boy and a black girl.

The original bodice-ripping romance, Forever Amber by Kathleen Winson traces a pregnant teen as she schemes her way into a role as a mistress to the hedonistic King Charles II.

Daphne du Maurier followed up her smash success Rebecca with The King's General, a gothic romance about two lovers separated by the English Civil War.

Boosted by its much-needed optimism in a troubling decade, and a film adaptation starring Frank Sinatra, The Miracle of the Bells by Russell Janney was the biggest book of the year. The tragic (but ultimately uplifting) story centers on a totally unknown actress who dies during the filming of a Joan of Arc movie, and how churches around the country ring bells for days to mark her passing.

If the headlines and photos and death tolls didn't drive home the atrocities of the Holocaust, the secret thoughts of a hidden teen girl did. Anne Frank: The Diary of Young Girl was an instant sensation upon publication, which tragically occurred just two years after Anne's death.

Published when he was just 25 and fresh off of World War II service himself, Norman Mailer's war classic The Naked and the Dead was the best-selling book in the country every week for over a year.

The Cardinal by Henry Morton Robinson follows a young priest from Ireland through his rise in the ranks up to, yep, cardinal.

There'd be no cinematic kiss in the waveswithout the original World War II story From Here to Eternity, by James Jones.

Angsty teens (and the adults who remember what that angst felt like) took solace in the iconoclastic Holden Caulfield, the protagonist of The Catcher in the Rye by J.D. Salinger.

An imaginative pivot off Christ's crucifixion, The Robe by Lloyd C. Douglas is the tale of a Roman guard who holds onto Jesus' robe and seeks the truth behind it.

Not a Stranger by Morton Thompson follows an overconfident doctor and his fall from grace when he can't save his own mentor.

One of the first popular portraits of 1950s ennui, The Man in the Gray Flannel Suit by Sloan Wilson is about a totally normal guy with a totally normal job and family who is struggling to figure out who he really is.

The book may have reached senior status by now, but spunky Eloise — the adventurous little pixie pulling shenanigans around the Plaza Hotel in New York City — remains eternally six years old in this childhood tome.

Revealing the darkly secret thoughts of otherwise polite townspeople is a recipe for cultural success, and Peyton Place by Grace Metalious was a blockbuster hit in that regard. It went on to be adapted into a film and a long-running soap opera.

Vladimir Nabokov's greatest gift as a writer wasn't just creating a "love story" between a pedophile and a young girl, but creating it so well that it becomes a best-seller and a cultural icon, as Lolita undoubtedly is.

The best way to learn about and understand another country's politics? Through a love triangle, of course. In Doctor Zhivago, Boris Pasternak explains the complicated emotional upheaval of the Russian Revolution.

Next
The Absolute Best Moments from the Rio Olympics 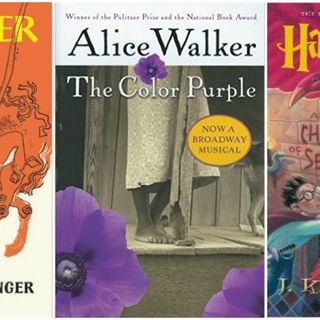 This content is created and maintained by a third party, and imported onto this page to help users provide their email addresses. You may be able to find more information about this and similar content at piano.io
More From Culture
Tia Mowry Has a Gorgeous Bookshelf in Her Bedroom
Listen to These New Sad Songs for a Good Cry
Advertisement - Continue Reading Below
Will There Be a Season Two of 'Ginny & Georgia'?
Breaking Down the Ending of 'Ginny & Georgia'
'The Real World' Cast Members: Then and Now
Figuring Out Who Wins 'The Bachelor'
The Best Easter Egg in 'Behind Her Eyes'
The Best Memes of 2021 (So Far)
The Best Psychological Thrillers of All Time
The Top-Grossing Book-to-Movie Adaptations