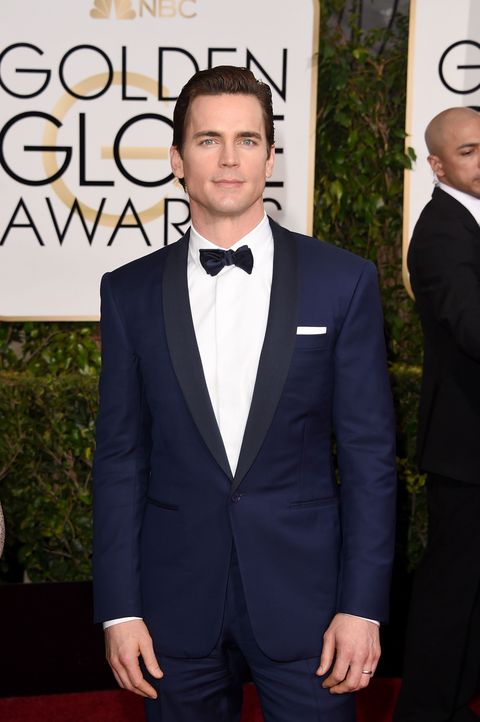 Update, 3/16: Excited. Sad. Excited. Sad. Today's American Horror Story news has got us on an emotional bender because on the one hand, a beloved lead is leaving the show. And on the other, MATT BOMER!

At PaleyFest on Sunday, Jessica Lange confirmed she will not be returning for the fifth season.

"I'm done," Lange told Entertainment Weekly. "We've had a great run here. I have absolutely loved doing these four characters that I've had the opportunity to play, and in all madness, I love the writers and Ryan [Murphy] and the insanity of shooting it."

Bomer made his own announcement yesterday, revealing that he will star in AHS: Hotel alongside Lady Gaga, who might or might not be playing a romantic interest. He was otherwise tight-lipped about his character, but bets are he'll be terrified at least 86 percent of the time he's onscreen.

Original post, 2/25: Today in things that make total sense, Lady Gaga has signed on to star in season 5 of American Horror Story, FX announced. As for who (or really, what?) she'll be playing, we'll have to just wait and see—other than the fact that production starts in July and the new season will premiere in October, the network is staying mum about the details for the time being.

But, huzzah! Pushing the boundaries of all things freaky-deaky is obviously Gaga's thing, and it won't even be Mother Monster's acting debut—rememberMachete Kills?