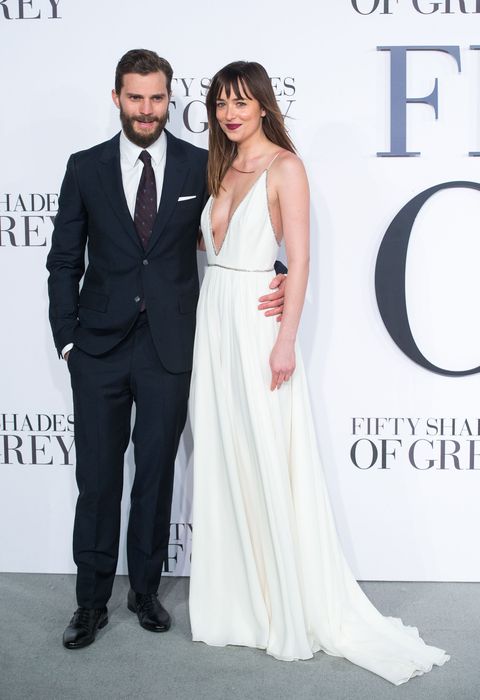 We imagine Dakota Johnson and Jamie Dornan are doin' a little one of these right about now...

...because Variety reports that Fifty Shades of Grey has just shattered the previous record and become Universal's most successful R-rated movie ever.

The film has made over $338 million internationally to date, and is slated to hit $500 million next week. Maybe this will finally put an end to all those rumors about director Sam Taylor-Johnson and Jamie Dornan wanting to leave the franchise? Because creative differences aside, $500 million is nothing to sneeze at. We're sure Christian Grey would agree.

Are You Sitting Down? 'Fifty Shades' Passes the Bechdel Test