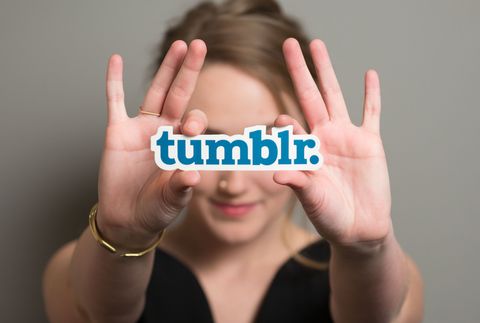 "Guys please help me," a blogger wrote. "Is this dress white and gold, or blue and black?"

And so it began.

The viral photo of "The Dress" was seriously unprecedented—it received 73 million page views on the actual post, 550 tweets a minute, and inspired many a story. But it started the way many start their day: with a quick post on Tumblr.

This virality of content, along with Tumblr's new dashboard that makes it easier to access the site's most popular posts, has placed Tumblr at the top of the viral powerhouses—including YouTube, Reddit and Imgur. The bump has been shown across sites like Buzzfeed and LexisNexis, which means Tumblr—as a Washington Post reporter states—"might just be the new ground zero of the viral Internet."

"The majority of what I see [on Tumblr] is an excitement you really don't get anywhere else," BuzzFeed's Ryan Broderick, who often writes about Tumblr memes, told the Washington Post. "The days of finding something really exciting and real on Twitter are kind of over."

Tumblr, we will reblog your memes for all time.

This Response to the Women Against Feminism Tumblr Is Purr-fect