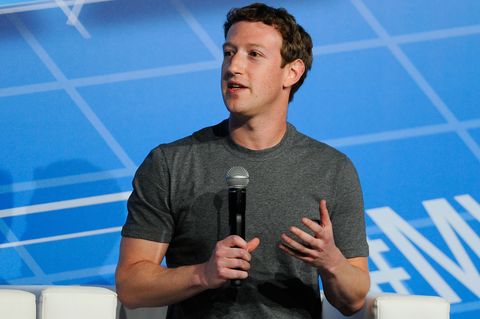 Being the cool millennials that they are, Facebook has a doodle wall at its headquarters, which basically consists of a giant whiteboard on which company employees write their musings. Recent doodles include "I Heart Jello" and "The Social Network" (#SubtleShade), but several people have written "Black Lives Matter" only to have it crossed out and replaced with "All Lives Matter." Um...so not ok.

Mark Zuckerberg hit up Facebook's online wall to chat about its IRL wall, essentially calling out employees (only two percent of whom are black) for attempting to whitewash the company whiteboard.

Gizmodo obtained Zuckerberg's full statement (which was posted to a private Facebook page), where he describes the behavior as "malicious" and says "black lives matter doesn't mean other lives don't—it's simply asking that the black community also achieves the justice they deserve." He also pointed out that by crossing out "black lives matter," people are essentially silencing the black community, which couldn't be more accurate.