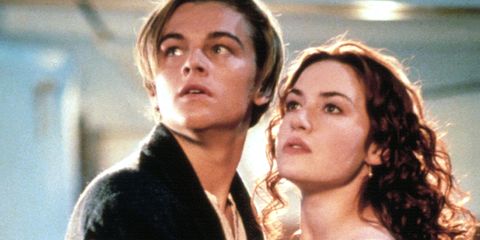 Before Titanic became a phenomenon—the highest-grossing film of all time, one of the most Oscar-nominated films of all time, etc.—it was a punchline. Pretty much all of Hollywood thought James Cameron and his collaborators were nuts for pouring millions into an epic love story set aboard a sinking ship, and from pre-production right through to its release, Titanic was dogged by setbacks and negative buzz.

In a letter written to The Hollywood Reporter's Stephen Galloway for a new biography of former Fox exec Sherry Lansing, Cameron describes the chaotic production on this "$100 million (or so we thought at the time) chick flick," and the satisfaction of seeing the movie succeed beyond anyone's wildest expectations. 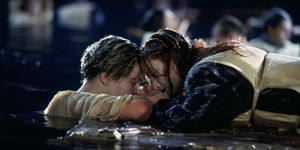 "Costs were spiraling out of control, so I remember the praise from all parties becoming more sparing as time went on—they didn't want to encourage me to sacrifice schedule for quality," Cameron writes. "Sherry always loved the film but [when the release date loomed] the business heads at Paramount acted like they'd been diagnosed with terminal cancer—a lot of grim faces and a triage approach to releasing the movie. Everyone thought they were going to lose money, and all efforts were simply to make sure the hemorrhage was not fatal. Nobody was playing for the upside, myself included, because nobody could have imagined what was about to happen next."

But the upside was still a ways off. By the spring of 1997, Cameron and his team were trying frantically to have the film's groundbreaking visual effects completed in time for its planned summer release. "It became increasingly clear to me that we were going to miss the July release date, and we were going to have to make major cuts and compromises in order to meet any deadline in summer...The film was simply too long and the visual effects too unprecedented."

"We were also being pummeled relentlessly in the press, especially the industry trade papers—about epic cost overruns, set safety, delivery dates and just about everything," Cameron continues. "We were the biggest morons in Hollywood history and the press had the long knives out, and sharpening them as we approached our summer release. It would have reached a crescendo of scorn just as we put the film in theaters."

Cameron goes on to explain his strategy for combatting the media's relentless ridicule, before describing the first time he screened the film for Lansing. "To her the important thing was that the chemistry between Jack and Rose [Leonardo DiCaprio and Kate Winslet] worked, and the drama paid off at the end. She was a big fan of the slightly enigmatic ending, as I recall. Was old Rose still alive and dreaming of Jack, or had she died and gone to be reunited with him in Titanic heaven? We had a long talk about that." Despite positive moments like this, Cameron "pretty much assumed at that time that I'd never work again."

"I pretty much assumed at that time that I'd never work again."

In the full letter, Cameron describes his ongoing battle over Titanic's ad campaign, and how positive word-of-mouth finally began to turn the tide on the movie's disastrous buzz. All of which just goes to prove the oft-quoted William Goldman line about Hollywood: "Nobody knows anything. Not one person in the entire motion picture field knows for a certainty what's going to work."