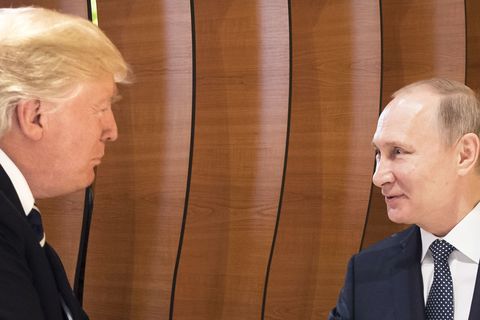 Look, we all knew the handshake between Donald Trump and Vladimir Putin would be highly scrutinized. We knew it, they knew it, everyone knew it. And naturally, these controversial leaders had the eyeballs of Twitter searing into their souls when they joined hands during their meeting at the G20 summit, and the result was weird. Less weird than usual when it comes to Trump's "hand shakes," but still strange.

As you can see in the video above, Vladimir and Trump came at their handshake with equal amounts of enthusiasm, but what prevented it from being normal and pushed it solidly into the "yikes, this is weird!" category is the fact that Trump reached around with his other hand and jiggled Putin's elbow. At some point there was also ye olde back pat:

FYI, this moment is the culmination of literal months of tension over the whole "did Russia interfere in our election" saga, so feel free to spend the weekend fretting over their body language. 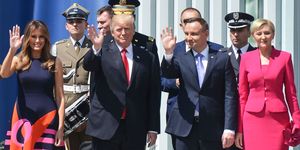 Trump Got Handshake-Snubbed in Poland