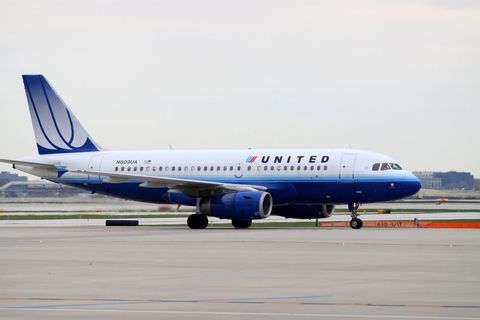 After weeks of terrible press, one can only assume United Airlines finally thought they were over the hump. Hey, they offered that nugget-obsessed dude a free flight to Wendy's! Everything was finally not terrible! Little did they know a deranged scorpion had other plans.

In the second of two scorpion-based incidents on United flights, a passenger was crawled on by one of these critters on a flight from Houston to Ecuador.

@united flight 1035 from Houston to Ecuador evacuated due to a scorpion stinging a passenger. Fun way to start vacation @FoxNews

Apparently, the scorpion crawled out of a passenger's clothing (edit note: the horror) during the flight, but fortunately he wasn't stung. United issued the below statement:

"Houston to Quito Flight 1035 returned to the gate after a scorpion reportedly emerged from a customer's clothing. Paramedics at the gate immediately examined the customer and determined that he had not been stung. The customer declined further medical treatment and, as a precaution, a new aircraft was arranged. We provided all passengers with a meal voucher due to the delay and the flight, with the customer aboard, has departed for Quito."

Mehera Bonner Contributor Mehera Bonner is a news writer who focuses on celebrities and royals—follow her on Instagram.
Advertisement - Continue Reading Below
More From Travel
An Instagram Travel Guide to Basque Country
The Ultimate Catskills Winter Getaway
Advertisement - Continue Reading Below
Shop the New Away x Serena Williams Collection
I Helped Rescue a Puppy for the 2020 Puppy Bowl
The Best Romantic Getaways for Couples
The World's Most Breathtakingly Beautiful Beaches
How to Pack for a Ski Vacation in Park City
The Instagram Guide to Dublin
Vacation Ideas for Beating Those Winter Blues
The Backpacks That Make Traveling Ten Times Easier