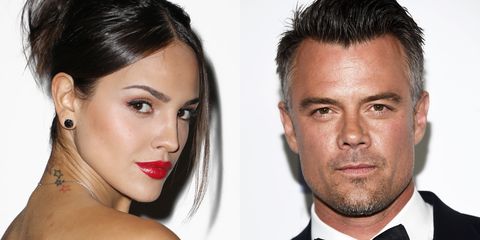 Someone get Josh Duhamel a cold flannel and a glass of water, because the man needs a time out. While leaving the gym earlier this week, the actor did not hold back when he turned to paparazzi and confirmed that Duhamel's relationship with Eiza Gonzalez is officially over.

According to MailOnline, he delivered the news with a savage blow to photographers, eloquently telling them: “If you’re looking for Eiza, we’re done.” Alrighty then.

So, after five months of dating and a relationship that seemed to be going rather well, it seems that the dream is over. Or "done," if you’re Duhamel.

Forty-five-year-old Josh and 28-year-old Eiza were first linked as a potential couple back in February and became increasingly public with their romance through the summer. Their apparent (and, judging by that tone, messy) breakup comes as somewhat of a shock, as just two weeks ago the pair attended Ashley Greene and Paul Khoury's wedding together. Proof that a lot can happen in a fortnight.

Of course, in this relationship obituary, let us not forget the moment last month when Gonzalez decided to post a bikini video on her Instagram page to 4 million followers, which also accidentally captured a naked Duhamel in the background. A highlight of any love affair, really.

While the phrase “we’re done” doesn’t exactly suggest an amicable split, a source told People that the breakup is down to logistics more than anything. "Their work schedules were tough on the relationship," an insider said. Meanwhile, other insiders claimed that Gonzalez and Duhamel (who announced his divorce from Fergie in 2017) called it quits a couple weeks ago after “they just drifted apart.”

Well, we can’t all be whirlwind engagements and adorable Instagram posts. 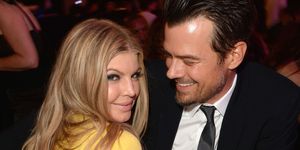 Why Fergie and Josh Duhamel Broke Up
Lucy Wood Contributor, MarieClaire.com Lucy Wood spends most of her time writing about celebby things, reading books, and waiting for the glorious day that she have enough millions for a pet sloth.
This content is created and maintained by a third party, and imported onto this page to help users provide their email addresses. You may be able to find more information about this and similar content at piano.io
Advertisement - Continue Reading Below
More From Celebrity
Meghan Markle Expresses Sympathies to the Queen
Prince Harry Remembers Prince Philip
Advertisement - Continue Reading Below
Prince William Statement on Prince Philip's Death
Meghan and Harry Are Facing Security Threats
Selena Gomez Is Drenched in Fake Blood on Set
Amanda Seyfried Talked About Having Panic Attacks
Harry Arrives in the U.K. For Philip's Funeral
Matthew Perry Deletes 'Friends' Reunion Instagram
The Queen's Corgis Are Helping Her With Her Grief
Charles is Looking Forward to Seeing Harry Again