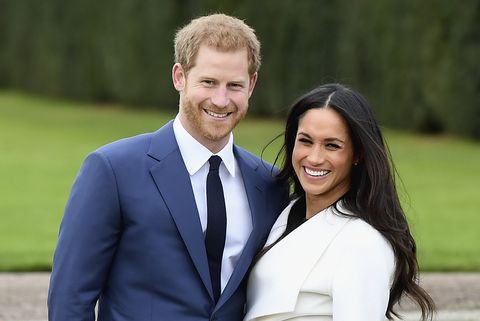 Although Meghan and Harry have been pretty private about their about plans (understandably—it's no one's business but theirs), people are still entering predictions about their reproductive plans.

According to Express, there's a good chance Meghan will want to wait until at least later this fall to start trying to get pregnant. The reason is very obvious and makes a ton of sense. She and Harry are scheduled to travel to Australia and New Zealand in October for a royal tour and she will "likely want to avoid all the side affects that come with traveling while pregnant," the site notes.

There are also some potential health risks associated with traveling while pregnant.

Per Express: "Traveling in the first 12 weeks of pregnancy can be difficult because of nausea and overwhelming exhaustion. The risk of miscarriage is also higher in the first three months, according to the NHS. Furthermore, traveling longer for more than four hours carries a small risk of blood clots, or deep vein thrombosis."

Of course, travel during pregnancy isn't an issue for most women who don't experience complications while they're expecting, so Meghan's health probably wouldn't be seriously affected by the trip. Still, with her first royal tour looming, it would make sense if Meghan wanted to hold off on any other major life changes for the time being.

When asked during their engagement interview in November 2017 if they were planning to start a family, Harry said, "Not currently, no." He then added, "One step at a time. Hopefully we’ll start a family in the near future."

This content is created and maintained by a third party, and imported onto this page to help users provide their email addresses. You may be able to find more information about this and similar content at piano.io
Advertisement - Continue Reading Below
More From The Ultimate Guide to the Royal Family
Comparing the Two Biggest Royal Weddings
How the Queen Ends Awkwardly-Long Handshakes
Advertisement - Continue Reading Below
The Queen Has a Rule Against Bad Talking Family
The Queen Took a Pic of Philip With Her to Funeral
The Queen's Tolerance Was the Key to Her Marriage
Will & Kate Welcomed Harry Back Into Their Group
Queen Left a Handwritten Note on Philip's Coffin
The Queen Said Grief Is the Price We Pay for Love
All of the Photos from Prince Philip's Funeral
The Queen Wore This Brooch to Philip's Funeral