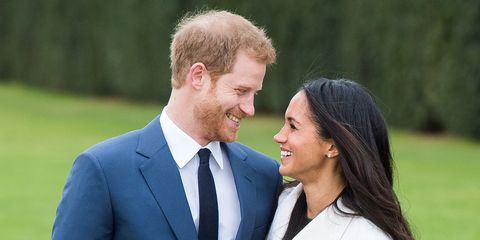 Everyone's favorite royal newlyweds, Prince Harry and Meghan Markle are still smack in the middle of their honeymoon phase, according to body language expert Tracey Cox.

Cox told Express that the couple, who have been together for two years and married since May 19, are still in the midst of the infatuation stage of their relationship.

"They got married right in the middle of the honeymoon period when your brain is just flooded by love and sexual hormones and your judgement is completely skew," she said. "And now, anyone looking at them can tell they are absolutely smack bang in the middle, they are infatuated, they are at the lust stage, they are that wonderful stage everyone wants to stay at."

That's not a bad thing, of course—as Cox says, it's a wonderful stage of a relationship.

"Meghan and Harry they are still getting to know each other. They are in the early, early, early stages," she said. "William and Kate have known each other since they were at university."

"It is lasting so long for them because they haven’t seen each other that much," she explained. "They hardly saw each other before and it was all in secret."

Cox also says the public should lay off the pregnancy pressure and let Harry and Meghan enjoy this phase in their relationship.

"Let's give them two seconds without having to rush up the royal baby," she said. "She has a long time, I don’t think so much pressure is on them as much as William and Kate. I would expect her to get pregnant in two or three years at least."