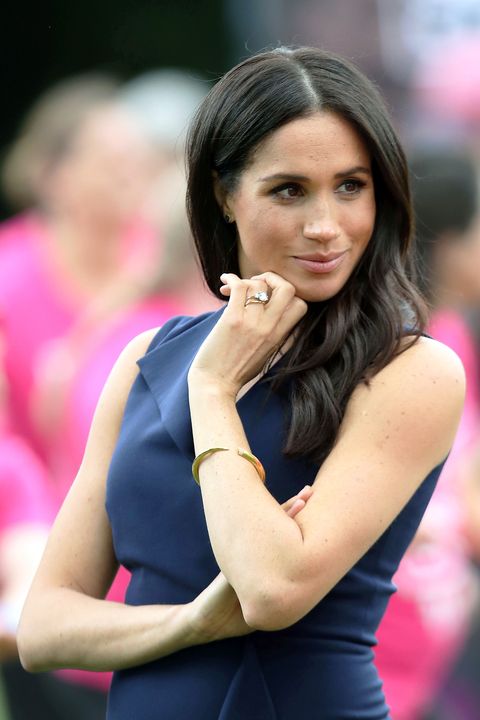 Being a royal isn't an easy job—and apparently, neither is working for one. Meghan Markle's personal assistant has reportedly quit her post suddenly after just six months on the job.

In his column Eden Confidential for the Daily Mail, Richard Eden revealed that Meghan's personal assistant, identified only as "Melissa," quit the coveted gig unexpectedly. Unless Melissa is a code name, Meghan's private assistant secretary, Amy Pickerill, who was appointed in February, should still be on duty, meaning the Duchess of Sussex isn't left with no help.

"It’s a real shock," a source reportedly told the Daily Mail of Melissa the Assistant's departure. "Why would she want to leave such a prestigious job so soon?"

Apparently, Melissa the Assistant was very well-liked among the royal family and Palace staff. She's also said to have played a big part in planning Prince Harry and Meghan's highly-anticipated royal wedding in May.

"Melissa is a hugely talented person," the source reportedly said. "She played a pivotal role in the success of the Royal Wedding and will be missed by everyone in the Royal Household."

So just what was that "pivotal" role in wedding planning? According to Eden, it sounds like Melissa was on Thomas Markle damage control duty leading up to the big day.

Per Eden for the Daily Mail: "Melissa had to deal with the traumatic build-up to Meghan and Prince Harry’s wedding in May, in which the Duchess’s father, Thomas Markle, gave a running commentary to journalists on the likelihood of his attending the ceremony."

Anyone who has followed Meghan's rise through the royal ranks knows that her family drama has been a pretty big deal for the duchess. Her father, Thomas, courted controversy ahead of her wedding when he was revealed to have staged paparazzi photos that appeared to show him preparing to visit her for the big day. He then skipped the wedding entirely and gave a series of tell-all interviews in the weeks that followed. Meghan's half-sister, Samantha Markle, has also been quoted in the media disparaging Meghan for not doing more to include her father's side of the family in her wedding.

Assuming these rumors are true, it seems like there's an opening in the Office of All Things Meghan Markle and we need to know how to apply for the job.

Related Stories
Shop Every One of Meghan Markle's Best Looks

Prince Harry And Meghan Markle Are Cousins
Kayleigh Roberts Contributor Kayleigh Roberts is the weekend editor at Marie Claire, covering celebrity and entertainment news, from actual royals like Kate Middleton and Meghan Markle to Hollywood royalty, like Katie Holmes and Chrissy Teigen.
This content is created and maintained by a third party, and imported onto this page to help users provide their email addresses. You may be able to find more information about this and similar content at piano.io
Advertisement - Continue Reading Below
More From The Ultimate Guide to the Royal Family
Why Will & Kate Wouldn't Hang Out With Harry
The Queen Has a Collection of Dog Toys for Sale
Advertisement - Continue Reading Below
Meghan Revealed the Nod to Diana in 'The Bench'
Will Spent Father's Day with George and Charlotte
Charles Won't Allow Archie to Become a Prince
Prince Charles Cant Deal with Harry's Criticisms
Meghan and Diana Had Similar Issues with the Queen
The Queen Insisted on Cutting a Cake with a Sword
Harry Texted Kate, Not Will, When Lili Was Born
Kate's Kids Want Her to Stop Taking Their Pictures